Corner market arrives at 20 Avenue A 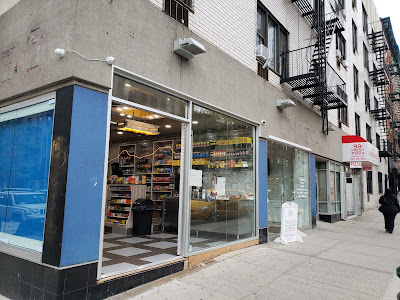 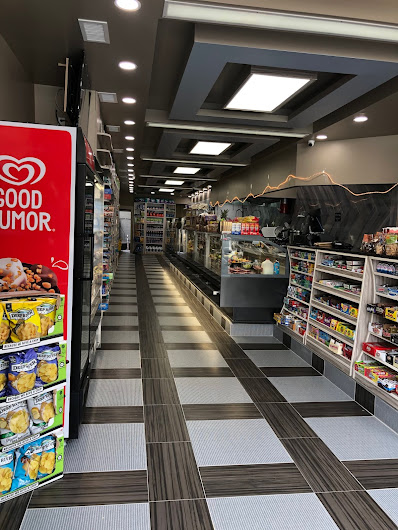 Not sure of the name at the moment. A worker there told EVG New Deli Correspondent Steven that their signage was arriving soon. (Members of the 20 Avenue A Watchers Club — our next meeting is Thursday from 1-1:15 p.m. — have been brainstorming possible deli names, a list that includes Alphabet Deli, Avenue A Food & Deli, Deli on A, 2A Deli and To Live and Deli on Avenue A.) 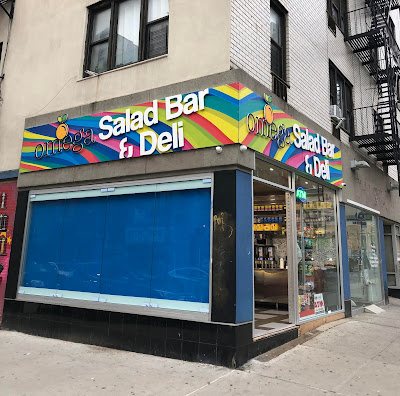 The shop's new entryway is now in place... 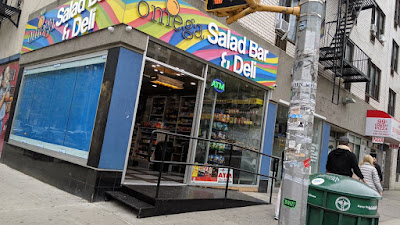 With this, three of the four retail spaces born from the former Chase branch have been filled. 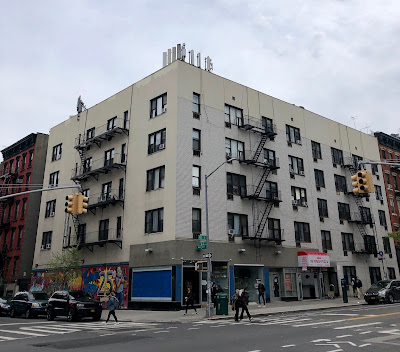 Chase vacated this storefront in November 2015. Perhaps one day the landlord will even sandblast the traces of the Chase name from the façade.
Posted by Grieve at 4:00 AM

"Hello Deli it's So Nice to Have you Back where you Belong.."

They’re better than a chase bank, but a real bummer to see such generic businesses fill these three spots on the corner

Has anyone noticed that the entrance to this nameless deli isn't A.D.A. compliant?

"§36.402 Alterations.
(a) General.
(1) Any alteration to a place of public accommodation or a commercial facility, after January 26, 1992, shall be made so as to ensure that, to the maximum extent feasible, the altered portions of the facility are readily accessible to and usable by individuals with disabilities, including individuals who use wheelchairs."

"§36.403 Alterations: Path of travel.
(a) General.
(1) An alteration that affects or could affect the usability of or access to an area of a facility that contains a primary function shall be made so as to ensure that, to the maximum extent feasible, the path of travel to the altered area and the restrooms, telephones, and drinking fountains serving the altered area, are readily accessible to and usable by individuals with disabilities, including individuals who use wheelchairs, unless the cost and scope of such alterations is disproportionate to the cost of the overall alteration."

"(e) Path of travel.
(1) A "path of travel" includes a continuous, unobstructed way of pedestrian passage by means of which the altered area may be approached, entered, and exited, and which connects the altered area with an exterior approach (including sidewalks, streets, and parking areas), an entrance to the facility, and other parts of the facility.
(2) An accessible path of travel may consist of walks and sidewalks, curb ramps and other interior or exterior pedestrian ramps; clear floor paths through lobbies, corridors, rooms, and other improved areas; parking access aisles; elevators and lifts; or a combination of these elements."

The entrances to all the other divisions of this parcel have ramps or slopes leading up to them, but this one has a step several inches above the sidewalk. I'm surprised the landlord and contractor allowed this to happen.