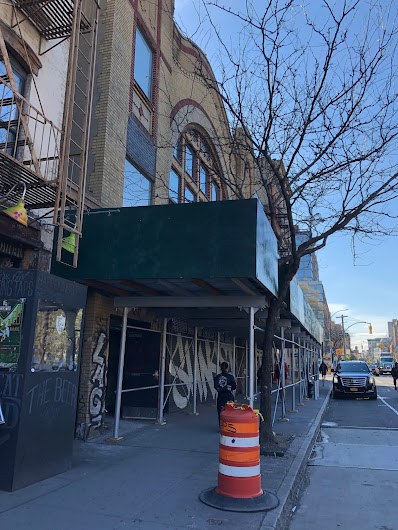 Workers have put up the sidewalk bridge outside the former Sunshine Cinema on East Houston between Forsyth and Eldridge... the first step in securing the circa-1898 building for demolition... 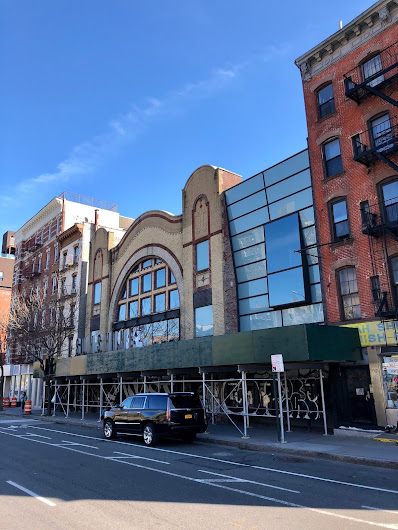 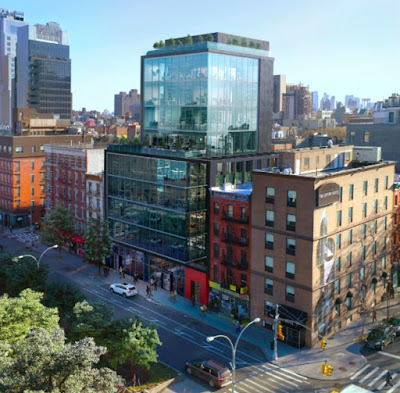 Per previous reports, the new building will cater "to deep-pocketed tenants in search of luxury boutique offices," with a 2021 completion expected.

The five-screen Landmark Sunshine Theater closed Jan. 21, 2018, after 17 years of screening an array of mostly independent and foreign fare.

The boutique office building replacing the Sunshine Cinema will be 'unbounded by walls' with an outdoor space called Houston Alley
Posted by Grieve at 4:02 AM

What a crock of sh*t. I find it highly offensive that the scaffolding is partly covering the Yonah Schimmel sign, and I am very worried about the construction affecting their historic storefront and business...

I’m very worried as well about the physical stability of the building which houses Yonah Schimmel being properly maintained, with as little to no faith I have in a real estate developer not being heartbroken over an additional plot of land suddenly becoming ripe for redevelopment.

The whole thing is sickening.

I lived around the corner for 15 years.

So sad these landmarks are disrespected, esp.
after the Sunshine was revived --- for a minute.