Did you get your tickets for the Jay-Z show Friday at Webster Hall? 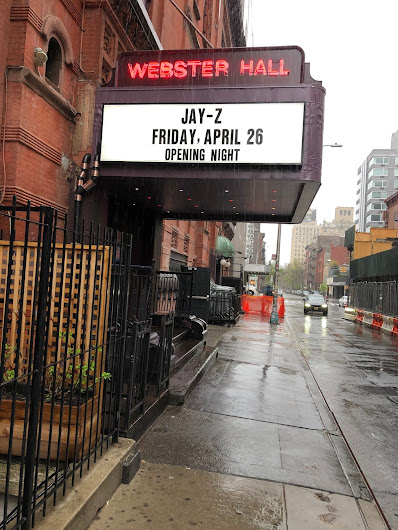 As you probably know, Jay-Z is the main event on Webster Hall's re-opening night on Friday.

AMEX card members had first dibs for tickets on Thursday before the public sale yesterday. 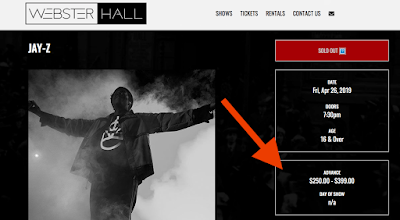 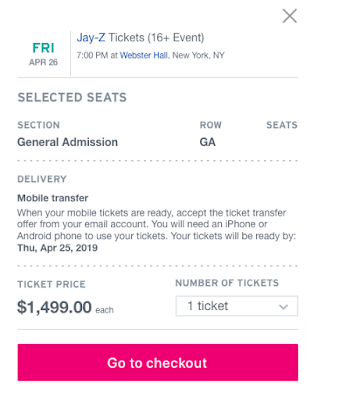 The landmarked concert venue closed after an Action Bronson show on Aug. 10, 2017, under the previous ownership.

The new operators are BSE Global and the Bowery Presents. Here's a recap of what they've done these past months, per a news release:

The renovations at Webster Hall aimed to preserve the iconic features of the venue, while modernizing it to meet today’s entertainment standards and enhance the guest experience. The Lounge (formerly The Marlin Room) has been revamped to serve as a bar and meeting spot for ticketholders both before and after shows in the Grand Ballroom.

Design details of The Lounge include elegant gold stenciling on the walls that pays homage to the original historic design, and fluted glass along the bar that mimics the venue’s former windows.

In the Grand Ballroom, the original stage remains, while acoustics were enhanced to create an optimal live event experience. Fans and artists returning to Webster Hall will notice other new features such as central air conditioning, expanded restrooms, additional stairwells for smoother entry and exit, and the venue’s first-ever elevator that will serve guests with disabilities and speed up each show’s load-in and load-out process.

Behind the scenes, an artist compound was built with upgraded amenities to provide direct access to the Ballroom stage, creating a more comfortable and inviting environment for performers and their management. The venue’s basement level, formerly known as The Studio at Webster Hall, will also return, with more details to be announced at a later date.