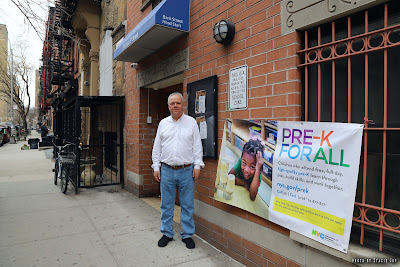 Although his parents were both educators, Steven Antonelli never considered being a teacher.

With a degree from the prestigious Berklee College of Music in Boston, Antonelli kept his musical career in play all the while working in a variety of jobs, including in a bakery, a copy shop and as a super.

However, he did end up making his mark as an educator, now serving as director of Bank Street Head Start, a diverse early education program run by the Bank Street College of Education. It provides free preschool and pre-K for families from the East Village, Lower East Side and beyond.

Antonelli is retiring this year. Ahead of that, I stopped by the school at 535 E. Fifth St. between Avenue A and Avenue B and visited with Antonelli, a former Bank Street parent himself.

You have a degree from Berklee College of Music. When did the interest in child development come along?

I began singing while still on the floor in the kitchen, listening to my mother’s lovely alto voice, as she sang "the Great American Songbook." Next there was the piano, covered by cobwebs in the cellar on which I discovered the joy of the black keys.

Soon after, in the second grade, I began playing my father’s very old clarinet and then, of course, came the Beatles, and at 14 — a guitar. I wanted first to be a working man, pushing wheelbarrows full of dirt around with my shirt off. Next I wanted to be a Marine. I always read and wrote a lot so being a lawyer seemed a possibility too.

But I didn’t want to be a teacher! Both my parents were educators; I respected the work, but that path felt expected of me, and so after a year at a liberal arts school, I moved to Boston and Berklee College of Music. I was mostly self-taught at that point playing in blues bands. I actually learned how to read music in my first month at Berklee.

After graduating, my wife, daughter and I moved to New York City. Sixth-floor walkup, bathroom in the hall, tub in the kitchen. I had come to play music and appeared through those years in all the usual places: CBGB, Mudd Club, Trudy Heller’s, Folk City, Beacon Theater.

But it was meeting Ellen Stewart, the founder of La MaMa that created my real connection to the Lower East Side. I met her at her theater on East Fourth Street in 1982 when playing guitar at a benefit concert. I was startled when, after the show, she went up to each of the many performers there and thanked them all personally for appearing.

This was notably different than what bands usually experienced in clubs. A year later, I had the opportunity to write music for a puppet play there and for the next 30 years almost all the music work I did was either directly or indirectly due to her encouragement and inspiration.

When we moved to New York my wife quickly got a job as a graphic artist and so I was lucky enough to be a stay at home father to my first daughter. For brief periods I worked in a bakery, a copy shop, gave guitar lessons, and in the evenings playing numerous low-paying rock gigs.

A year later I became the super of six buildings. The compensation for that position included a two-bedroom apartment, where we still live today. That toehold allowed us to survive in the city.

For my second daughter, I was again the primary caregiver and as I began to volunteer in her school, I realized that I had an ability to motivate kids. I found that the school environment was interesting and creative. I had grown tired and discouraged about being a building super after nearly 10 years.

My wife encouraged me to find more challenging and rewarding work that would both support our family and make my music work also possible. So the summer I turned 38, I had to decide. Lawyer or teacher? Reflecting that if I were a teacher, I could have the summers off to pursue music, I chose teaching and enrolled at Hunter College in a master's in early childhood program.

Ironically, my first job and entire career has been spent in the Head Start program, which operates year-round. So I’ve never actually had a summer off! It is rewarding working with young children but also very exhausting! I do still enjoy visiting the classes with guitar and mandolin and leading them in singing all the preschool hits. “Baby Shark” is the current No. 1. 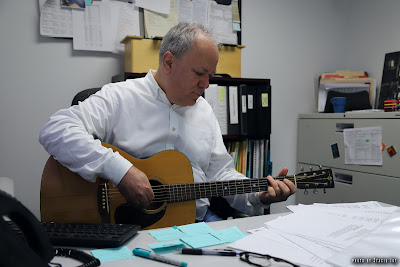 As a professional musician (guitar, mandolin, mandocello), you’ve played in venues around the world. Talk about that experience.

Although I had been performing in clubs since I was a teenager, when I moved to New York to play music I had no idea what to expect or even how to pursue it. My dreams were vague — playing guitar in a band with a record deal was about as high as my aspirations reached.

Again I must thank Ellen Stewart for providing me with opportunities that allowed my horizons to broaden. It was at La MaMa that I began to compose. I had received a degree in composition from Berklee, but it included no practical guidance in how to actually make a living.

Given the opportunity to write music for plays, work with choreographers, and to present and produce scores of concerts of my own music in a setting that did not include competing with the noise of an ice machine was the real maturing of my musical career. The first time I climbed off a jet with my guitar at Heathrow in London I felt that my young dreams had come true.

Through the years I’ve had the opportunity to play major halls in France, England, Sweden and Denmark. Most notably with Karole Armitage, Jeff Lohn, John Jesurun, Glenn Branca, Virgil Moorefield and Diane McKoy.

I am not famous and have not made much money playing music, but I’ve gotten to play with some incredible musicians. Most important to me I been able to play my own compositions. I have no complaints regarding my life in music.

You played CBGB. How was that?

CBGB was a dump! A world-famous vitally important dump. But they promoted original music and had a great sound system. It wasn’t hard to get a gig there. They were always willing to give bands a try.

What are among your most rewarding experiences at Bank Street Head Start?

I always say my favorite sight each day is seeing children run down East Fifth Street, coming from both Avenues A and B, ahead of their parents, smiling as they run up and tug at the door or jumping to reach the doorbell. They can’t wait to see their friends, tell the teacher something amazing that they’ve seen on the way, sit down to breakfast, or get their hands into the playdough.

In the last 13 years, I have gotten to work with many highly qualified teachers, family workers and staff at Bank Street Head Start. Their commitment is always inspiring to me. Head Start staff members earn significantly less than their counterparts working in public schools.

It is their passion about working with the families that keep them coming back day after day. The stamina that is required to work for eight hours with a group of 20 3- or 4-year-old children cannot be measured. Head Start serves the families in the lowest income brackets. And Bank Street Head Start gives them the best. 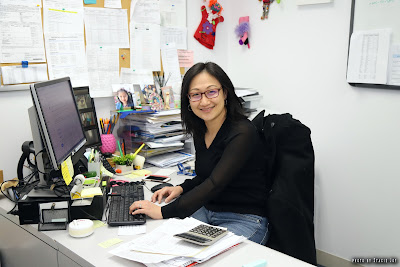 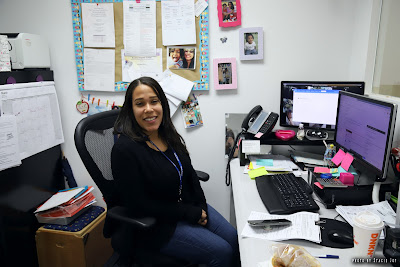 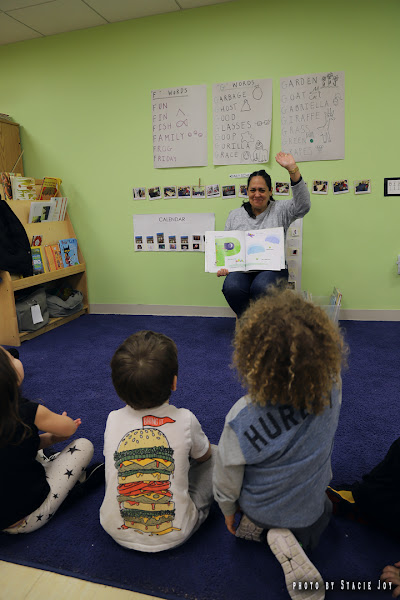 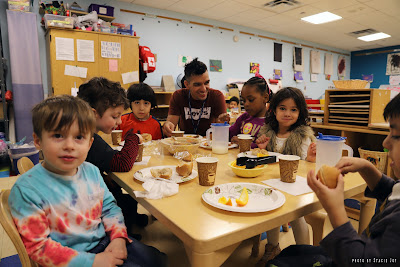 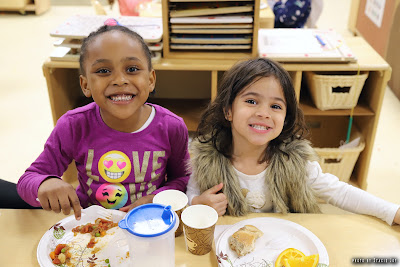 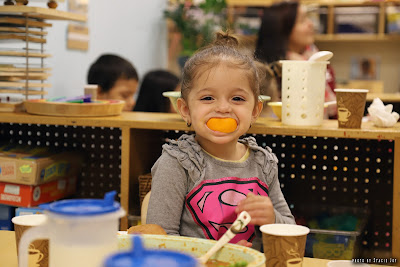 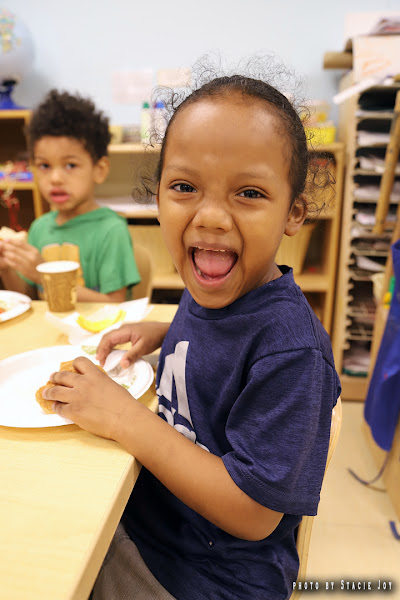 What can you say about your time as a Bank Street parent?

I was a parent at Lenox Hill Neighborhood House Head Start when my third child was in Head Start there. I had already been at Lenox Hill for five years and had been promoted from teacher to Ed Director by then. I’ve been told that my son William would remind his teachers from time to time, “My father’s your boss you know.”

We participated in the required home visits, and went along to the apple orchard field trips in the fall, and sat to eat breakfast in the classroom like all the other parents. It was a welcoming diverse community just as you find now at Bank Street Head Start.

One outstanding feature of Bank Street Head Start is the diversity of the community. The Lower East Side has always been diverse and our families and staff reflect that diversity. Half of our staff were former Head Start parents.

We are always watching and identifying parents who display talent in working with children. We lure them in as volunteers. Soon they become substitutes, then assistant teachers, teachers, and sometimes, like me, the director. Meaningful parent involvement has long been an important Head Start value. Start model will be prioritized and sustained as the blending of systems is implemented. 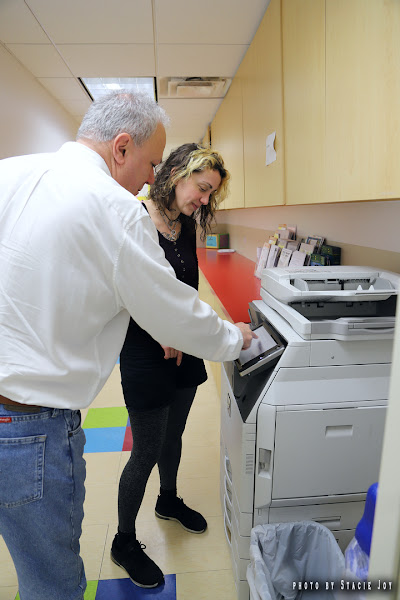 What’s next for Bank Street School?

We have educators from around the world visiting us each year for the same reason. I’m confident that Bank Street College of Education, the staff, parents, and children will maintain the quality of our program and navigate all the coming changes in the next years. 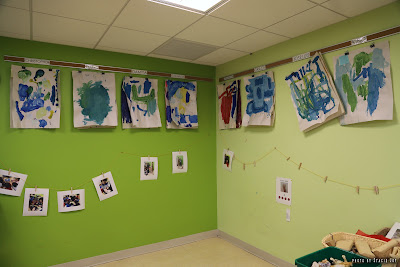 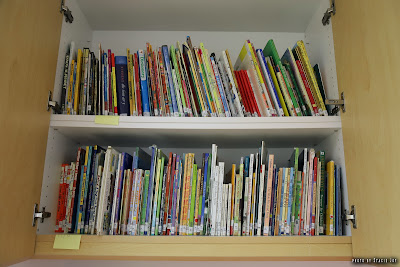 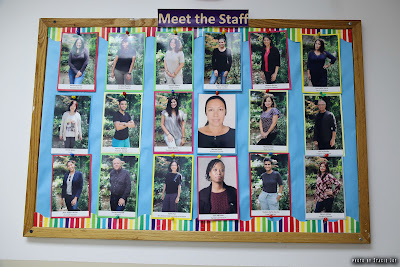 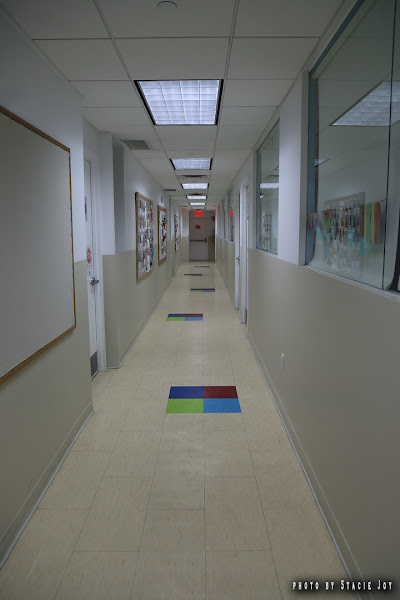 i am in unadulterated awe :)

You also had to be somewhat athletic to get up on that stage!

The children, families and staff have been very fortunate to have such a wonderful director. Thank you!

As a current parent of BSHS, I have to say it truly is an amazing school. The children are always happy to be there and the entire staff are so friendly and helpful. They make it feel like home. We were lucky to have the experience of having Steven as director. He is incredibly talented and always so involved with the families, and children. He will surely be missed at Bank Street!