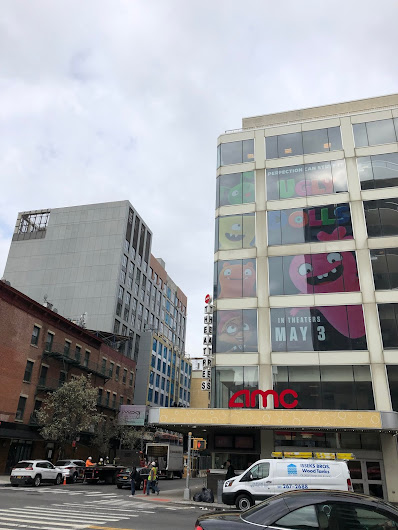 The Moxy East Village, the 13-story, 285-room hotel from the Marriott brand, is expected to open this October. 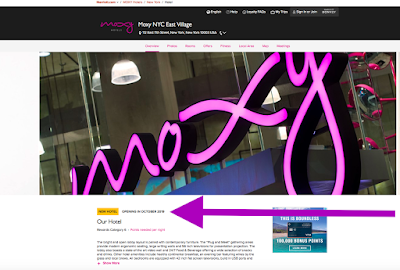 The hotel here on 11th Street between Third Avenue and Fourth Avenue — across the street from the all-new Webster Hall — doesn't appear to be accepting reservations just yet.

The Marriott offers this info:

The bright and open lobby layout is paired with contemporary furniture. The "Plug and Meet" gathering areas provide modern ergonomic seating, large writing walls and 56-inch televisions for presentation projection. The lobby also boasts a state-of-the art video wall and 24/7 Food & Beverage offering a wide selection of snacks and drinks. Other hotel amenities include healthy continental breakfast, an evening bar featuring wines by the glass and local brews. All bedrooms are equipped with 42-inch flat-screen televisions, build in USB ports and free Wifi.

As previously reported, Tao Group is the food and beverage operator and the Lightstone Group's partner at the Moxy East Village. Plans include a 2,600-square-foot rooftop bar and a restaurant-lounge in the sub-cellar called MEV, short (apparently!) for Moxy East Village.

The photos on this post show the hotel as of this past Sunday... 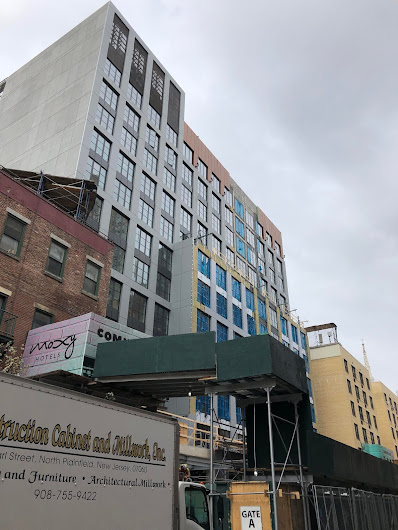 New building permits filed for 13-story Moxy Hotel on East 11th Street across from Webster Hall
Posted by Grieve at 4:00 AM

Translation = if you are over 35 and don't want to walk into a hotel lobby with more LED screens than Times SQ then avoid staying at a Moxie Hotel.

Are we supposed to jump for joy that Marriott (the Mormon corporation!) is happy to bring noise, chaos and round-the-clock BOOZE to our neighborhood?

All I can say is that I will NEVER stay in any Marriott-owned facility again, b/c this new hotel is a complete outrage. They should force De Blasio to live here for an entire week, so he can enjoy all that makes this "midtown south"!

I'm against a large hotel in the nabe whether the Moxy or the Ritz. The Moxy tries to paint itself as the millennial's hotel. But if the room rates and the food/drink prices are high the Moxy wll turn into a big, ugly rental building.

It looks like a Manhattan Mini-Storage warehouse, and based on the average size of their rooms that’s basically what it is. I just pray that they include some nice East Village themed features, like a nice Pan-Asian Houlihan’s with an all day bottomless brunch, or a Ukrainian style casino with a Crusty themed craps table, or maybe a Beetlejuice costumed mixologist serving curated cocktails at a Mr. Purple rooftop bar, and in the basement’s CBGB throwback lounge sponsored by Target, a nightly screening of the Rocky Horror Picture Show. As long as it’s all completely authentic and done in good taste, I’m fine with it.

I can't walk by without mourning the row of Federal houses that were demolished to erect this ugly building.

Did they really misspell "build in USB ports"? And while you can lament the buildings razed to build this, or its ugliness, it is a bit odd to criticize a large hotel in the neighborhood that features a dozen larger dorms, and numerous hotels of similar or larger size around the corner on 4th avenue, 6 blocks north on park ave south, and several more blocks south on Bowery.

Gross, Mayor donor. Needed to change the zoning that allowed this commercial monstrosity.

"...it is a bit odd to criticize a large hotel in the neighborhood that features a dozen larger dorms, and numerous hotels of similar or larger size around the corner on 4th avenue, 6 blocks north on park ave south, and several more blocks south on Bowery" - and you don't see the problem with what you ennumerated there, Anon. 3.37? We lost five residential apartment buildings on a side street, not an avenue, in order for this hulking crap to be built, and as you yourself pointed out, we are already overburdened with numerous similarly hideous dorms and hotels. When do we reach saturation? When is enough enough? And when is it too much?

Thank you Gojira for your answer to Anon 3:37. I am an active in landmark preservation and regularly attend Community Board, City Council and Landmark Preservation Committee meetings and many other community based meetings to protest the atrocities being build in the East Village, the Bowery and the surrounding areas. So it is not odd at all that I am lamenting the building of the Moxy Hotel. What have you done lately Mr Anon 3:37 for your neighborhood?