The line for Jay-Z this evening 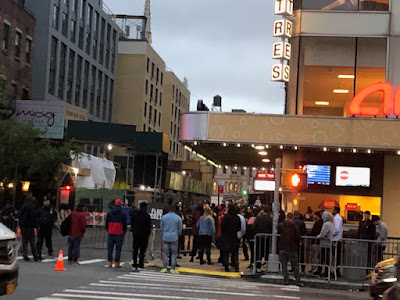 EVG reader Doug shared these photo this evening a little after 7 ... showing the line for the grand reopening of Webster Hall with Jay-Z. 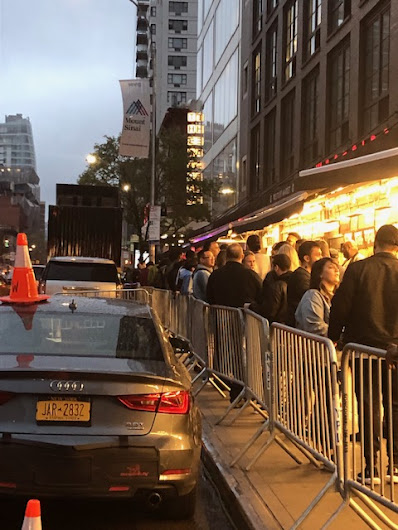 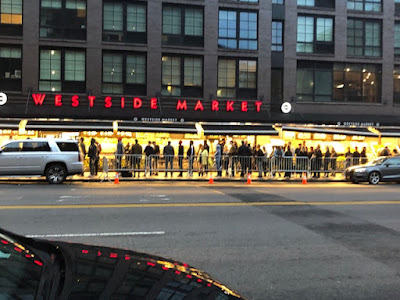 As the top photo shows, 11th Street is also closed to through traffic. (Not sure where the line forms for people seeing "Avengers: Endgame" at the Loews Village 7.)

Webster Hall reopens tonight after nearly 18 months of renovations. Brooklyn Sports and Entertainment and The Bowery Presents bought the landmarked building from the Ballinger family for $35 million in a deal announced in the spring of 2017.

Most of the first shows at the venue in the coming week, including Rosalía, Patti Smith, Sharen Van Etten, TroyBoi and Vampire Weekend, are sold out.
Posted by Grieve at 8:28 PM

I saw Avengers: Endgame. Then I saw video clips of Jay-Z at Webster Hall. Avengers was much better.

how many people can "fit" into Webster Hall? I haven't been there in decades but I don't recall it having the ability to house an audience in the thousands.

Screw Webster Hall; if they want to show off their crowds, make them do it on 11th Street, and run the line in the direction of the Post Office instead of blocking shoppers from Westside Market. This was nothing but a marketing ploy for their Instagram account.

Webster Hall is a horrible neighbor. We lived in the same block on 12th but were not adjacent to WH but would be kept awake until 3 and 4 in the morning with the vibration coming from their venue. I’m sure it’s no better now. Fortunately we moved.

All the whiny dbags complaining about Webster Hall should go back to wherever they came from. It's one of NYCs most iconic venues dating back to 1886. People bitch when "old" NY vanishes. People bitch when it doesn't. It's called nightlife and yeah it can be fucking noisy, but if you don't like it don't move here. And yes, it's a publicity stunt by WH to showcase it's new opening but what else did you expect ? This exactly what makes NY great and vibrant and fun.