A new marquee for Webster Hall 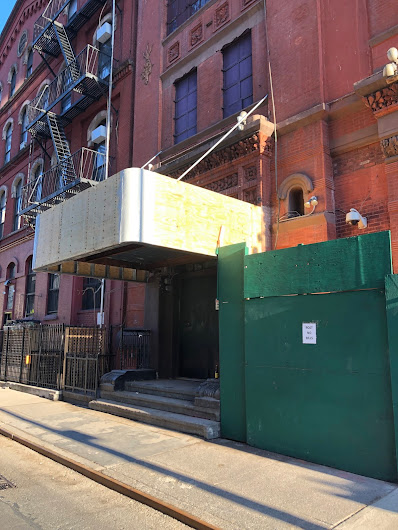 Webster Hall will have a new marquee when it reopens this spring.

So far, this is the only noticeable change to the exterior of the landmarked building on 11th Street between Third Avenue and Fourth Avenue ... 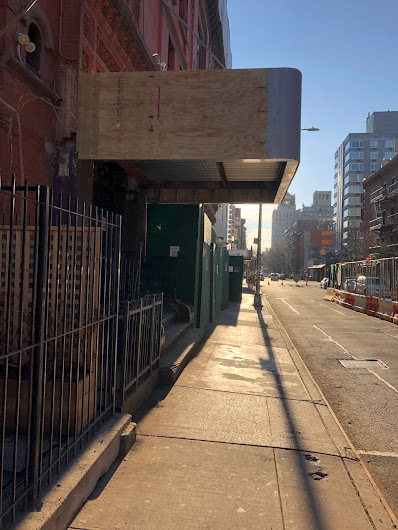 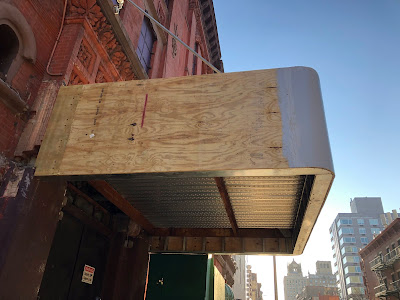 The previous Webster Hall marquee became partially dislodged from the front of the building in February 2018... 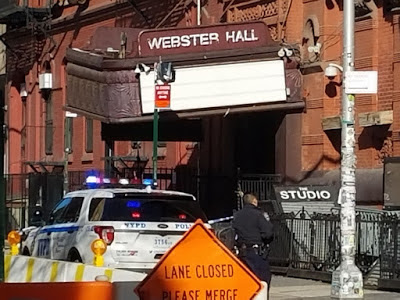 [Photo in February 2018 by Michael Giacoppi]

Workers blocked off the street and secured the sagging sign with a sidewalk bridge... 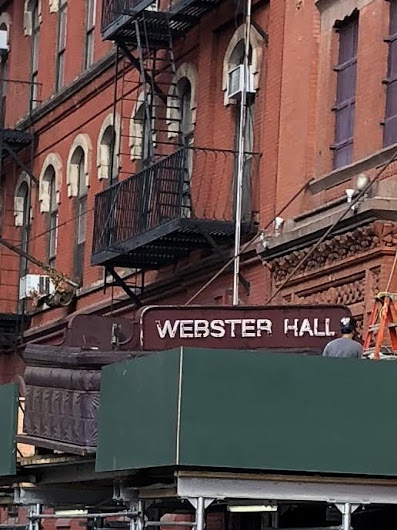 The new Webster Hall owners made the surprise spring-return announcement at the beginning of the year. Previous estimates had been for 2020. Still, no word on an official opening-night date or subsequent first act. (One EVG tipster heard the venue will reopen in late April.)

Webster Hall closed in August 2017. Brooklyn Sports and Entertainment and The Bowery Presents bought the landmarked building from the Ballinger family for $35 million in a deal announced in the spring of 2017. The Bowery Presents will be booking the shows here moving forward.

The new ownership filed permits in December 2017 for interior demolition and structural work to renovate the facility and make it ADA compliant. The city approved those permits in March 2018.

As previously reported, the Washington, D.C.-based Martinez+Johnson Architecture (now part of OTJ Architects) is behind the interior makeover. Per their website, the firm brings "their design sensitivities to cultural arts and institutional projects." Their work includes the restoration of the Kings Theatre in Brooklyn and the Boston Opera House.

The building has been around since 1886. It re-opened as Webster Hall in October 1992 after the Ballinger family purchased and renovated the space that was known as The Ritz during the 1980s.

Previously on EV Grieve:
When Webster Hall reopens, there might be a Moxy Hotel across the street

First sign of upcoming renovations at the former Webster Hall

Plywood arrives at Webster Hall
Posted by Grieve at 4:16 AM

Still, it will always be the Ritz to me.

But the question on everyone's mind is, "will the new marquee stab me?"