Desi Galli will be back open this evening on Avenue B 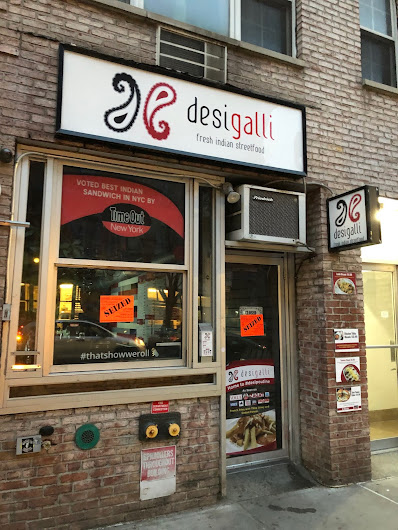 Several alarmed EVG readers shared the news that Desi Galli was not open last evening on Avenue B. (H/T Tyler!) Two "seized" stickers from the State of New York were on the storefront.

However, owner PriaVanda Chouhan told me in an email last night that "the problem has been resolved." The quick-serve spot selling Indian street food at 172 Avenue B between 10th Street and 11th Street will be back open later today at 5.

The sibling of the well-regarded Desi Galli on Lexington Avenue and East 27th Street opened here in April 2016.
Posted by Grieve at 4:03 AM

I love this place! Glad it is resolved.