Donosita on Avenue B is for lease 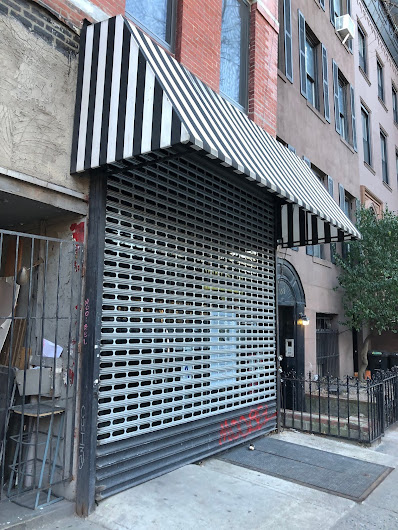 Here's another address to add to the rundown of empty storefronts on Avenue B. As previously noted, Donostia, the wine-and-tapas bar at 155 Avenue B between Ninth Street and 10th Street, had been closed since late November.

There's now a for-lease sign in the front window (and both Google and Yelp list the cafe as permanently closed) ... 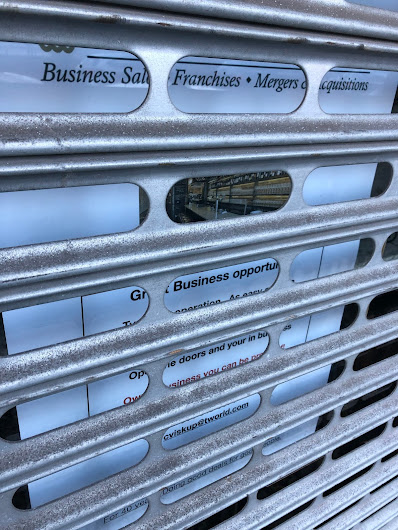 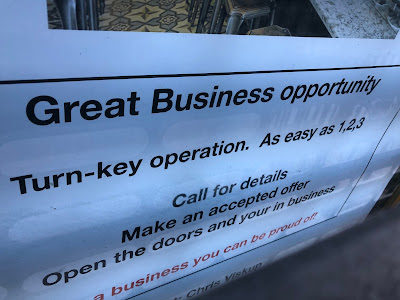 Donostia opened in November 2013. In 2017, Food & Wine named them one of "The Best Wine Bars In the U.S." This past October, Michelin named Donostia as one of its Bib Gourmand-designated restaurants for the fourth consecutive year.

In 2017, co-owner Jorge de Yarza reportedly decided to lobby for developer Gregg Singer, who has been trying, for 20-plus years, to covert the former P.S. 64 building around the corner on 10th Street between Avenue B and Avenue C into student housing. DNAinfo reported that de Yarza helped gather nearly 900 signatures in support of the dorm plan, asking the city to allow it to move forward.

The massive building's prolonged vacancy has made the block dark and unsafe, and has encouraged loitering, de Yarza added.

"All the places in the immediate area, they suffer," he said. "It's one of those stretches of 10th Street you don't even want to walk by, and it's a shame."

According to a post at the Lo-Down from September 2017, de Yarza also helped Singer support candidates running against Carlina Rivera in the most recent District 2 City Council race. Rivera, who won the election, is an ally of previous Councilmember Rosie Mendez, who has long opposed the dorm plan.

In November 2017, de Yarza helped organize a pro-dorm rally at City Hall, an event where a lobbyist later admitted they hired extras to fill out the group, The Villager reported.
Posted by Grieve at 4:01 AM

Our neighborhood much like others in Manhattan have become virtual deserts of empty storefronts. It is astonishing and heartbreaking to witness. Businesses can no longer sustain themselves long term. A new venture arrives and within a year or two (if you are lucky) it vanishes. Yet landlords are demanding insane amounts of money per month/year. What if they charged less, but they were promised long term leases from the tenant, which would ensure a harmonious relationship with them and with consumers in the community? Something needs to change in this city.

Landlords don't want to lock-in long term tenants at low rents in the hope they will come back at some point: however, they need to start accepting the new norm rather than hoping for a recovery

Ah, yes, the KEY money... and they wonder why nobody is snapping the place up?!

Sure "just make an accepted offer" ... and empty your entire bank account.

I'd like to think de Yarza's awful work on behalf of Singer's defacement of a treasured community asset is a big factor in why this place went under. I know I haven't been back since I learned of it.

They need to fix their spelling errors. Also, what is that junkyard next door?

The place was nice and probably deserved the awards but holy crap was it expensive. I did a fancy date night there one and 2 drinks and an appetizer came out to something like $60. We opted to not get a second round and never went back.