Love and resistance: Stonewall 50 programs at the Tompkins Square Library 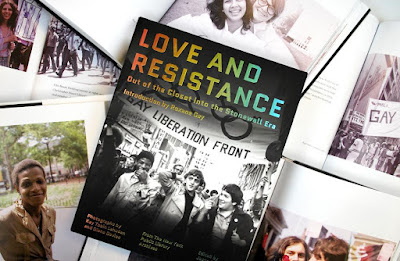 [Photo via the NYPL]

In the coming months, the New York Public Library is commemorating the 50th anniversary of the Stonewall Riots.

Here's more about the Stonewall 50: "Through a major exhibition, a series of programs, book recommendations, and more, we invite you to learn more about the emergence of the modern LGBTQ movement, as well as culture, issues, and activism today."

The Tompkins Square Library branch, 331 E. 10th St. between Avenue A and Avenue B, is hosting five of the programs. (Each program has a link for registration at the top of its page.)

• March 14 at 6 p.m.: The Drag March & Other Tales of Glamour and Resistance: A Storytelling Workshop Join Heather Acs and the NYC Drag March for a storytelling workshop, and share your own experiences of LGBTQ life in the Village and LES.

• April 10 at 6 p.m.: SECOND WORKSHOP — The Drag March & Other Tales of Glamour and Resistance: A Storytelling Workshop. There is a separate registration for the second workshop.

• May 8 at 6 p.m.: A Drag March Storyslam: Tales of Glamour and Resistance. Join a storytelling performance about the incredible history of the Drag March!

In 1989, Assato Saint’s multimedia theater piece "New Love Song" put black gay men on center stage in New York City, providing a space for storytelling, ritual, and healing. Join original cast members, collaborators, and friends as we reflect on the 30th anniversary of this undersung production and its "Forever Gay" creator.
Posted by Grieve at 4:15 AM