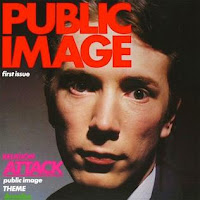 ICYMI from The New York Times yesterday...The Public Theater on Lafayette filed a lawsuit against Ian Schrager's swank-o Public hotel, which opened in 2017 just below East Houston on Chrystie.

The Public Theater (officially known as the New York Shakespeare Festival) asserts that Schrager and Co. "violated its trademarks by using the name 'Public' — as well a strikingly similar logo — to advertise theater and musical performances."

The lawsuit, filed in the United States District Court for the Southern District of New York, argues that the hotel’s use of "Public" in marketing entertainment events is likely to confuse customers and cause some to assume that the performances are associated with the famed nonprofit theater on Lafayette Street. The Public Theater, which opened its first show in the 1960s, claims that the Public hotel is essentially siphoning off its business by riding on its theatrical coattails.

Public Theater officials told the Times that they didn't have any problem with Schrager using the name in association with the hotel. The issue comes with the hotel's performance space, called Public Arts.

Mr. Schrager said in a statement through his spokeswoman that when his company registered its trademarks for the hotel, the Public Theater did not have any of its own. "We would not have gotten our trademarks if they did," he said.

"After being in the business for 40 years with scores of projects having been completed, I think I know a little about registering trademarks to protect our brands and good will."

This is the second high-profile trademark lawsuit on the LES. Last year, MoMA took legal action against the MoMaCha tea room on the Bowery.

Random P.I.L. album art via Wikipedia Commons.
Posted by Grieve at 10:52 AM

Schrager is being a real dick here, The Public is a famous cultural institution, it's logo is instantly recognizable. Schrager is full of shit if he thinks there was no attempt to at least suggest "The Public" with the branding for his venture.