The write stuff? Short Stories debuts on the Bowery 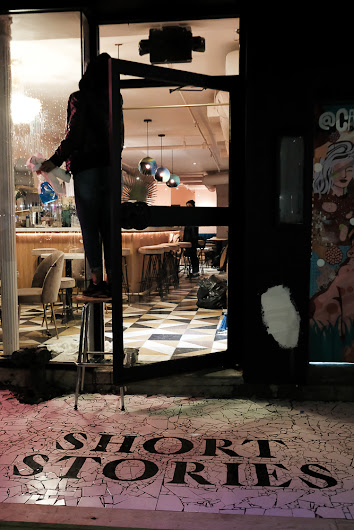 Short Stories debuted this past weekend over at 355 Bowery between Third Street and Fourth Street with a brunch service via the Paris-based Season (Vogue says they have one of that city's best breakfast menus) ... 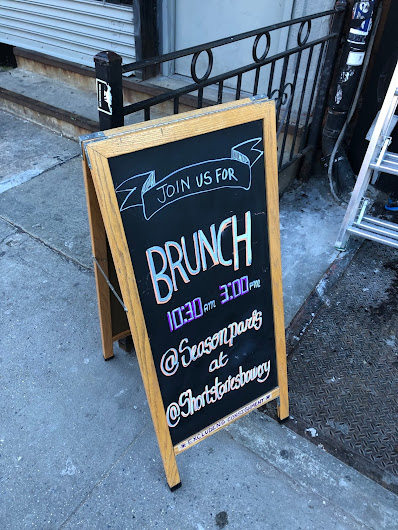 Not sure what their menu will look like post-brunch.

CB3 OK'd a new liquor license last June for the the applicants, including Danny "The Wolf of Wilson" Teran, who runs several businesses in Bushwick, including Wheelhouse out on Wilson Avenue, and Williamsburg Pizza investor Ashwin Deshmukh.

The questionnaire on file with the CB3 application noted that Short Stories will feature "a mix of American, Cuban and Mexican fare." (Teran, a Cuban-American, specializes in Cuban cuisine. He also previously ran Millie's Cuban Cafe on Wilson Avenue.)

Also worth noting: Jim Power created the mosaic on the front step... cracking every piece himself by hand... 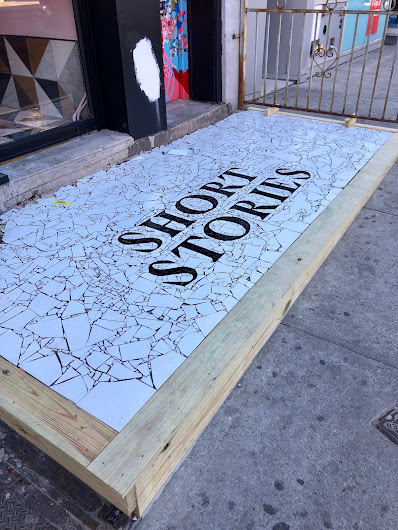 Previously on EV Grieve:
An appreciation of sorts: That kind of weird sushi place on the Bowery

Bushwick-based chef looking to bring Short Stories to the Bowery

Short Stories shapes up on the Bowery
Posted by Grieve at 4:04 AM

The tiles look nice, but that big block looks like a tripping hazard
and not handicapped friendly.