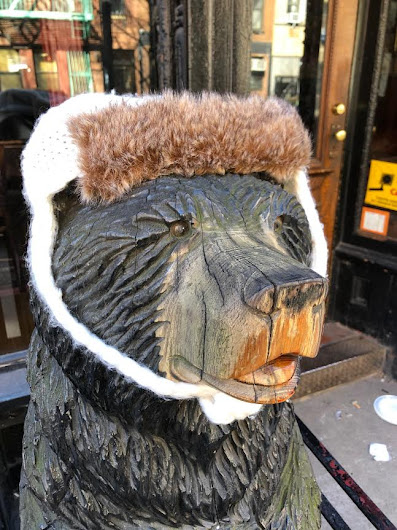 [Outside Josie's the other morning on 6th Street]

Tensions over landmarking 828 Broadway, home of the Strand (Gothamist ... Curbed)

Journalist Jacob Margolies recalls growing up in the 1960s and 70s on the playground of East Third Street, with a brief postscript on memory and mythologies about the city (Vol. 1 Brooklyn)

... and the House of LaRue, the style, glam and drag boutique, moved out of its storefront on East Houston at Clinton (on to Metropolitan Avenue) at the end of January ... the space is now home to a psychic... 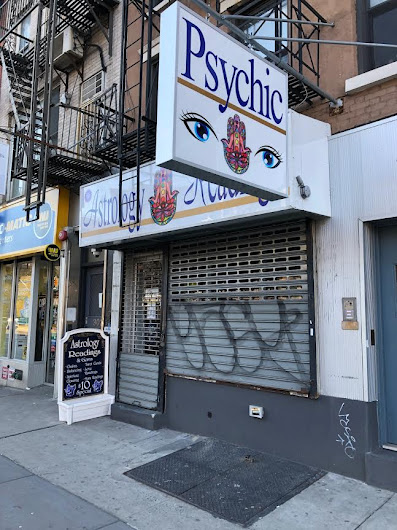 That Dawson family UHAB scam at 13th Street just gets worse and worse, those poor homesteaders that have to deal with UHAB borrowing money to make a cut and dealing with the schemey developer, will no elected official help out over there?

"Thin margins" do not necessarily means the Strand's existence is threatened by landmark status. Amazon is known for its thin margins, but it's not going away. The Strand pays no rent and is always busy, how threatened can it be? You won't convince me that they are on the precipice without showing me some confirmed numbers, including Nancy Bass Wyden's salary and benefits. And speaking of Alex Urbelis, their attorney and lobbyist: Why is he using the WBAI airwaves to promote the private interests of the Strand?

Isn't the reason the Strand doesn't pay rent is because it owns the building? Doesn't that mean they pay all the property taxes associated with owning the property?