The birds and the bees: Mating season commences in Tompkins Square Park for red-tailed hawks Amelia and Christo

The hawkarazzi in Tompkins Square Park have noted that it's mating season for Amelia and Christo, the two resident red-tailed hawks.

Goggla passed along these two photos from Monday... 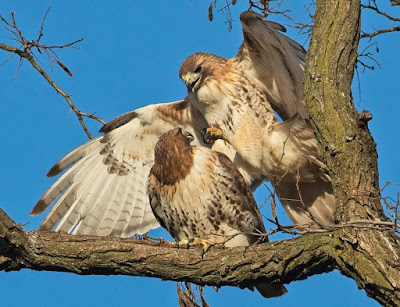 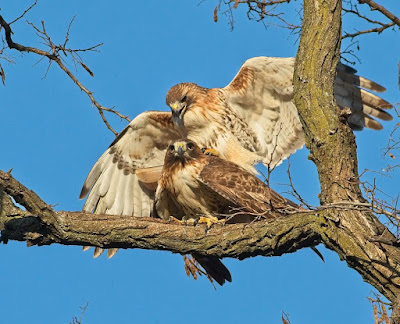 We can expect to see an increase in mating activity over the next three or four weeks, with egg-laying expected in mid to late March.

As nesting season progresses, the hawks will be less tolerant of other hawks in their territory, and will chase them out of the area. Today, I saw both Christo and Amelia knock a curious squirrel out of their nest, so no visitors are allowed. 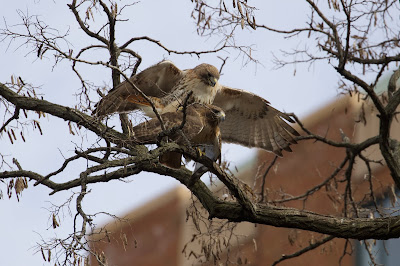 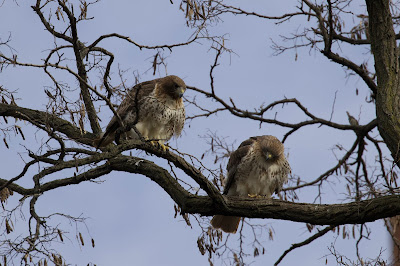 Amelia and Christo welcomed two chicks early last summer... unfortunately, one did not make it.
Posted by Grieve at 4:30 AM

They are such beautiful creatures.

Hawt, as the youngs say

Is their surviving kid still around?