An anniversary for McSorley's 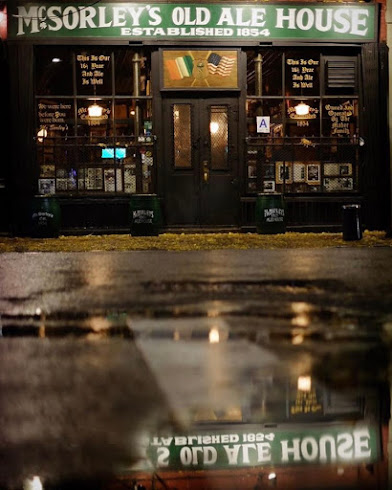 McSorley's is celebrating their 165th anniversary this weekend (officially Feb. 17) over at 15 E. Seventh St. near Cooper Square.

The bar opened in 1854 with the tagline Drunk - Drunk - Sawdust - Drunk, as local historian Pinhead once noted. (This old EVG post has a few other fake comments about McSorley's opening.)

Photo via @NYCGO
Posted by Grieve at 9:00 AM

I can only imagine what this neighborhood resembeld in 1854. I need a time machine :)