The Marshal serves notice at Tapanju Turntable on 4th and B 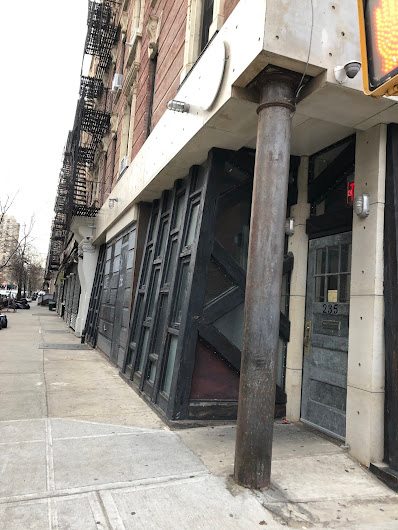 Tapanju Turntable, which sold Korean tapas and color-changing beer towers, went dark in the late fall on the northwest corner of Avenue B and Fourth Street. At the time, a sign on the door noted "a gas issue."

There hadn't been much, if any, activity here in recent months.

Now EVG reader Alexis shares this photo... showing that the Marshal came calling, with the landlord taking legal possession of the space. 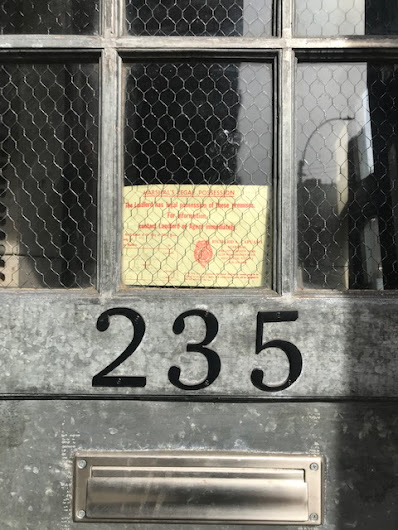 So there likely won't be an encore presentation of Tapanju Turntable, which (re)opened in December 2017, a rebranded version of Turntable 5060 (same owners), which debuted in July 2015. (And once upon it time, this was Kate's Joint for 16 years.)

Also at the same address... the Marshal posted a notice (h/t Alexa!) on the former Nobody is Perfect next door on Fourth Street... 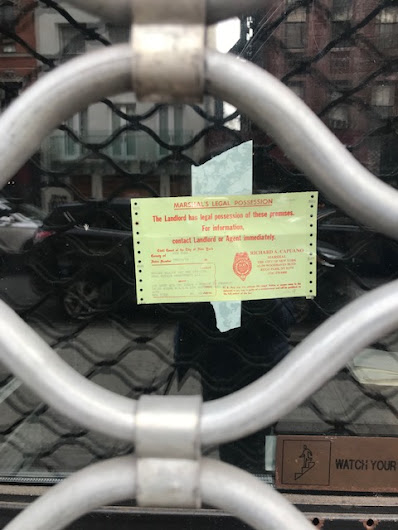 Nobody Is Perfect closed last August. Bistro owner Mario Carta told me this in an email at the time: "The gas in the entire building, including the apartments and the restaurant next to us, has been shut down for six months. We were unable to provide a decent menu to our customers during that period of time and that affected our business knowing that we were open for less than a year trying to build a clientele in the neighborhood." 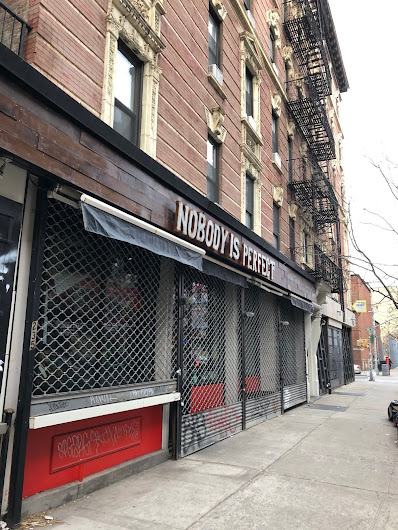 Email ThisBlogThis!Share to TwitterShare to FacebookShare to Pinterest
Labels: Tapanju Turntable, The Marshal

This sure sounds like the kind of idiot landlord that can't manage their property and keeps killing businesses.

RIP Kate's Joint. I still miss it all the time. Come back to us, Kate!