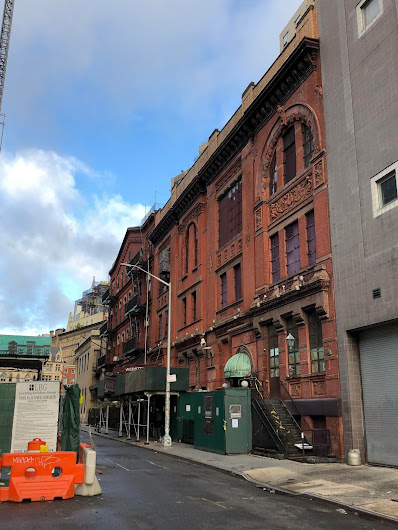 The operators of the all-new Webster Hall released details yesterday about the revamped venue on 11th Street between Third Avenue and Fourth Avenue.

As previously reported, Webster Hall — now owned by BSE Global and The Bowery Presents — returns this spring (about a year earlier than expected).

For starters, Webster Hall announced a slate of performers, starting with Patti Smith and Her Band on May 1. Other upcoming acts include Broken Social Scene, MGMT, Empire of the Sun, Old Dominion, Sharon Van Etten, Built to Spill, Real Estate, Big Thief, TroyBoi and Royal Trux. 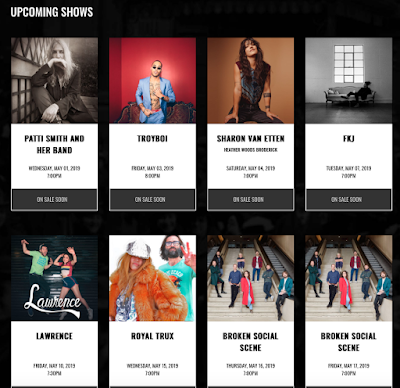 You can find more dates at the Webster Hall website. American Express card members can purchase tickets before the general public beginning Monday morning and through Thursday. Tickets for the general public go on sale March 1 at noon.

No word yet on the official opening date or performer. (RUMORED headliners include the Yeah Yeah, Yeahs, the Strokes, the National and Lady Gaga. Just one of them — not all four.)

Meanwhile, here's more via the news release from Webster Hall...

The renovations at Webster Hall aimed to preserve the iconic features of the venue, while modernizing it to meet today’s entertainment standards and enhance the guest experience. The Lounge (formerly The Marlin Room) has been revamped to serve as a bar and meeting spot for ticketholders both before and after shows in the Grand Ballroom.

Design details of The Lounge include elegant gold stenciling on the walls that pays homage to the original historic design, and fluted glass along the bar that mimics the venue’s former windows.

In the Grand Ballroom, the original stage remains, while acoustics were enhanced to create an optimal live event experience. Fans and artists returning to Webster Hall will notice other new features such as central air conditioning, expanded restrooms, additional stairwells for smoother entry and exit, and the venue’s first-ever elevator that will serve guests with disabilities and speed up each show’s load-in and load-out process.

Behind the scenes, an artist compound was built with upgraded amenities to provide direct access to the Ballroom stage, creating a more comfortable and inviting environment for performers and their management. The venue’s basement level, formerly known as The Studio at Webster Hall, will also return, with more details to be announced at a later date.

The architect of the revived venue is OTJ Architects, the contractor is Shawmut Design and Construction, and acoustic design is by L’Acoustics. Once open, Webster Hall will employ an estimated 70 people across various positions in the venue, between front of house and back of house, on any given event night.

The Times got a sneak preview of the venue yesterday, if you'd like to read that here.

This landmarked building has been around since 1886. It re-opened as Webster Hall in October 1992 after the Ballinger family purchased and renovated the space that was known as The Ritz during the 1980s.

Previously on EV Grieve:
When Webster Hall reopens, there might be a Moxy Hotel across the street

First sign of upcoming renovations at the former Webster Hall

A new marquee for Webster Hall
Posted by Grieve at 4:03 AM