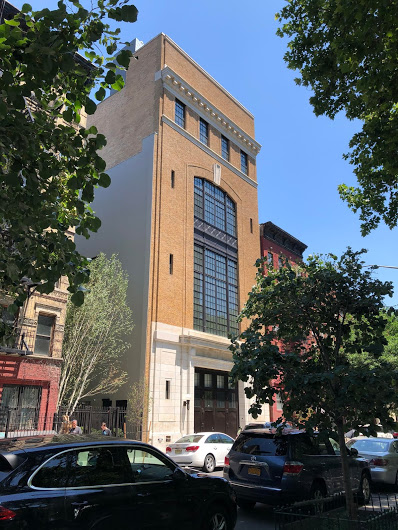 Over the weekend, the Brant Foundation released ticket information for its debut exhibition at its new East Village home at 421 E. Sixth St. between Avenue A and First Avenue.

As previously reported, this inaugural show features the works of Jean-Michel Basquiat... 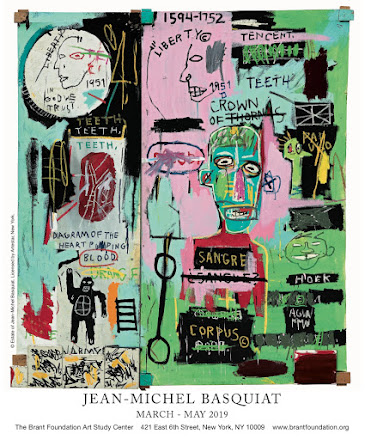 The Brant Foundation is pleased to celebrate the upcoming opening of its New York space, located at 421 East 6th Street, with an extensive survey of works by Jean-Michel Basquiat- reconnecting the East Village to a seminal figure of its past. Reserve your tickets today at brantfoundation.org! LINK IN BIO Tickets are free of charge and must be reserved in advance.

And this ticket link is here.

Tickets are free, and available starting March 6. The exhibit runs through May 15.

How can I see the Jean-Michel Basquiat exhibition?
The exhibition is on view and open to the public at The Brant Foundation’s East Village space. Timed tickets are available every 30 minutes and must be reserved online in advance.

How much do tickets cost?
Tickets are free of charge. Individuals under the age of 17 must be accompanied by an adult.

Where and when should I arrive?
The entrance is located at 421 East 6th Street. Doors will open promptly at the time listed on your ticket and early entry is not permitted. Visitors who arrive more than 15 minutes past their ticketed time will be placed on the standby line for the next available time slot. Upon arrival, please have your ticket (printed or on a mobile device) readily available for check-in.

How long can I stay in the space?
In order to accommodate all of our visitors, we kindly ask that you do not spend more than 45 minutes viewing the exhibition.

Does my ticket include a docent led tour of the exhibition?
No, all visits are self-guided.

Here's more about the show, as reported by ARTnews, whose parent company is owned by Peter Brant, from this past September:

The inaugural show will be curated by the Brant Foundation’s founder, Peter Brant ... and art historian Dieter Buchhart. The exhibition, organized in collaboration with the Foundation Louis Vuitton, will include loans from Brant collections as well as international museums and other private collections.

Brant said in a press release, “Basquiat has been a cornerstone of the East Village art scene for decades, and to bring his work back to the neighborhood that inspired it is a great privilege. Our family is thrilled to launch the Brant Foundation’s New York space with an artist who is central to the collection, and above all to share his legacy with the community that was fundamental in shaping it.”

Basquiat lived and worked at 57 Great Jones St. near the Bowery at the time of his death in 1988 at age 27.

Brant reportedly began acquiring Basquiat's work shortly after being introduced to him by Andy Warhol in 1984. "Jean-Michel Basquiat is the quintessential Van Gogh figure of our time," Brant said in a 2013 interview. "He left with us a genius body of work."

On 6th Street, the Brant Foundation's inaugural exhibit will feature the work of Basquiat
Posted by Grieve at 4:21 AM

So exciting! I just booked my free ticket online. Thanks EV grieve :)