The Marshal takes over Bar Taco on Avenue C 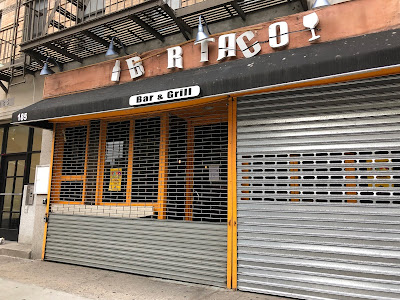 That's apparently it for Bar Taco at 185 Avenue C between 11th Street and 12th Street.

The Marshal recently came calling, putting the space in the legal possession of the landlord... 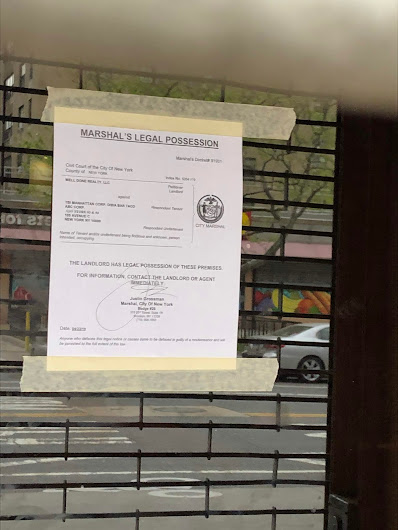 Cafecito, the Cuban-style cafe, had a good run here, closing in early 2016 after 14 years in business.
Posted by Grieve at 4:00 AM

Yet people keep opening new restraints and cafes here (in NYC) when it is virtually impossible to make it past a year. Shame on our leaders for making this the new norm, the quality or livability of our neighborhoods has gone to hell.

Well when your big attraction is selling tacos for 3 bucks on Tuesdays...