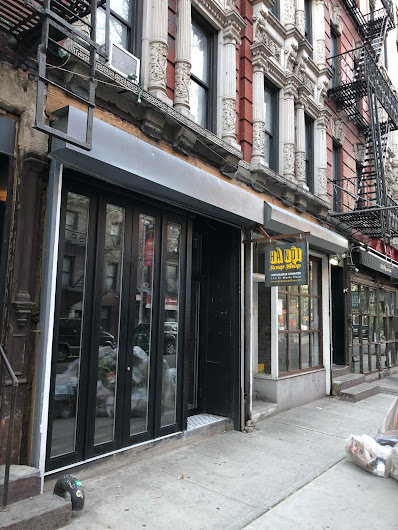 Hanoi Soup Shop opens today at 115 St. Mark's Place between Avenue A and First Avenue. This is the quick-serve cafe extension of Hanoi House, the Vietnamese restaurant a storefront away on the block.

Per a preview at Eater:

The main attraction will be pho, available in chicken, beef, or vegetarian varieties, plus other dishes like papaya and watercress salad, summer rolls, and banh mi. Rotating specials will include bun bo Hue, a breakfast soup from the port city of Hue, and a stew lamb rib kho, a stew. Fruit shakes and Hanoi’s famous egg coffee will also be on tap.

Starting hours are 11:30 a.m. to 4 p.m. Monday through Saturday. The owners say they plan to expand those hours in the future.

No. 115 last hosted the pop-up shop Mr. Bing. The previous tenant, Water Witch Mercantile, closed at the end of 2016 after just two months in business. Past tenants also include Box Kite Coffee and the Tuck Shop.

And this isn't the end of Hanoi House's expansion plans. As we first reported last month, the owners plan to take over the former Five Tacos space between these two storefronts to serve as a bar area for patrons waiting for a table at the restaurant. Read more about the plans here. 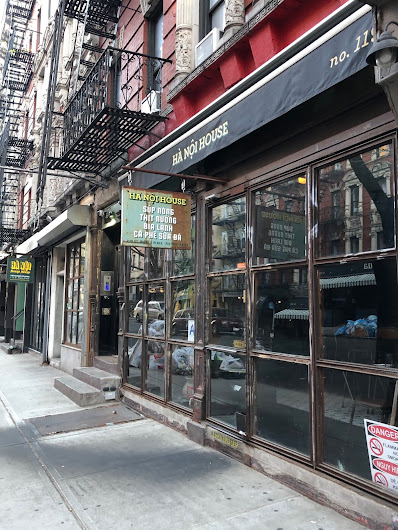 This is great news -- Hanoi House has excellent food, but the space is usually crowded. I'd happily grab a take out bowl of pho and not have to deal with a line for a table.

Although their track record hasn't been the best, the restaurants in this space have been pretty spectacular. Mr. Bing was excellent, Box Kite was inventive and a very cool concept, and Tuck Shop is a legend. Hopefully this time we'll see a bit more staying power...