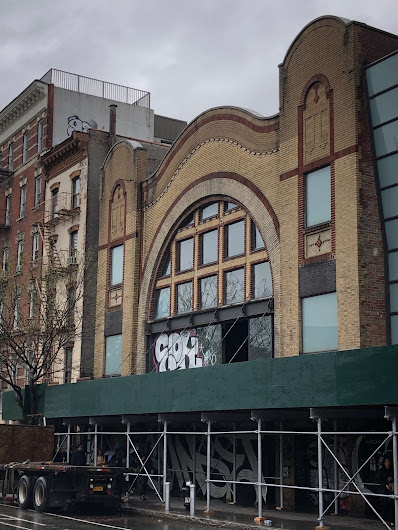 As we first reported last week, workers erected the sidewalk bridge in front of the late Sunshine Cinema on Houston Street... ahead of demolishing the circa-1898 building between Forsyth and Eldridge.

An EVG reader yesterday reported that workers removed the SUNSHINE letters on the marquee.

"Couldn't bare the thought of them getting trashed, so I asked the Construction Site Manager if I could have one of the letters. He gave me a quick 'no' and said the building owners intend to keep them. Hope that's the truth. On the bright side, the construction people were quite nice." 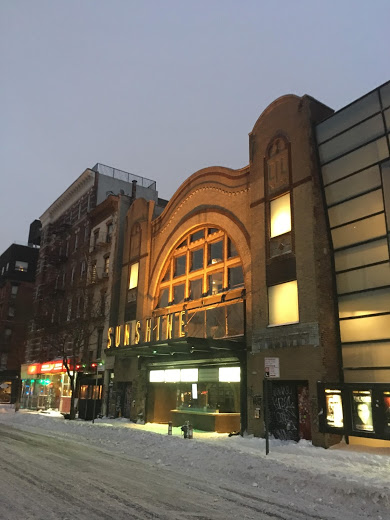 The new owners of the address, East End Capital and K Property Group, have approved plans to erect a 9-story office building.

Our previous post has more details on what's to come.

The boutique office building replacing the Sunshine Cinema will be 'unbounded by walls' with an outdoor space called Houston Alley
Posted by Grieve at 4:00 AM

Damn. I miss that place so much :(

thank Community Board 3. The Sunshine applied for a liquor license and was denied. Landmark Cinemas then decided to cut its losses and close the Sunshine and put all its energy into the new 57th street cinema. So--CB3 stopped another "bar" in the neighborhood only to get this monstrosity. It makes my blood boil.