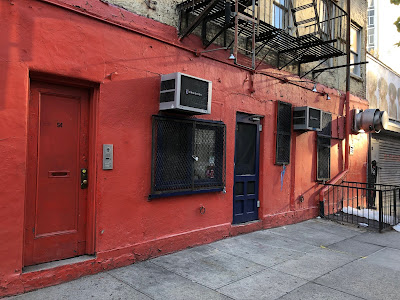 It appears that some renovation work is underway at the former Great Jones Cafe ... at the least, someone has removed the Great Jones signage, papered over the windows and taken away the bust of Elvis that peered out from the behind the window for years... 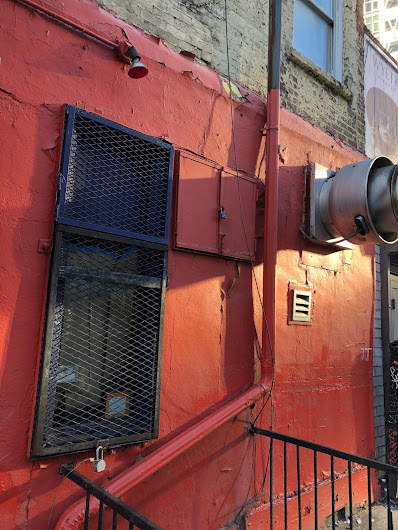 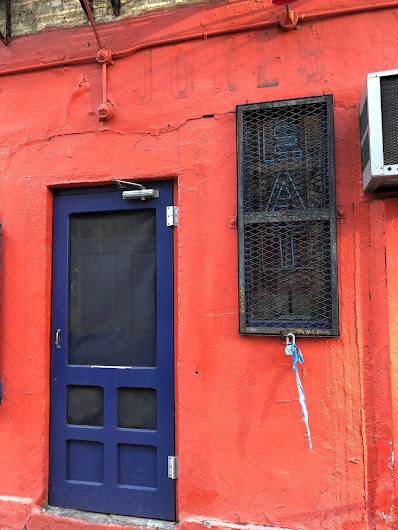 There aren't any work permits on file yet with the DOB, so this may all be just some more cosmetic moves.

Last we heard, restaurateur Gabriel Stulman was eyeing the space here just west of the Bowery. He was to appear before Community Board 2's SLA committee last month.

According the official minutes of the CB2 full board meeting on March 21, Stulman reps were pitching a "seafood focused neighborhood restaurant" with a raw bar (under the name Marlinspike Hall, LLC d/b/a TBD).

Per the minutes, the premises will have eight tables with 24 seats and one bar with nine seats for total interior seating of 33, with a 75-square-foot sidewalk café with three tables and six seats. Additionally, the approved hours of operation are 4 p.m. to midnight Sunday through Wednesday; until 1 a.m. Thursday through Sunday.

[Updated] The future of the former Great Jones Cafe 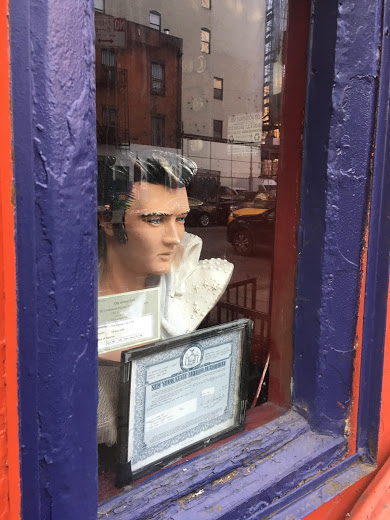 I miss Great Jones, Cafe Orlin and Noho Star so much. Neighborhood stalwarts, reasonably priced with great food. Where to go now?

Just look at all that walking traffic. Oh, wait...

When a food group talks "neighborhood" they're not talking location... they talk money. I wonder if any of us will be able to afford a meal in their neigborhood?

I’ve been to all of Stulman’s places in WV, and actually quite like them. Not sure how good of a neighbor he is— his request to expand the liquor license at Fedora just got smacked down by CB 2 (The Villager has a great summary). His places do well though. In any case, it’s a very different price point and crowd...