Basics Plus apparently not closing on 3rd Avenue after all 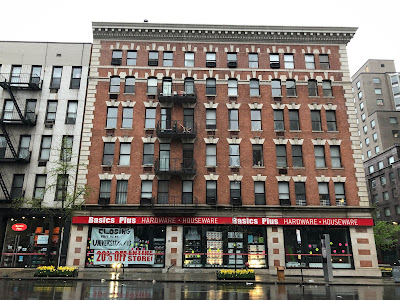 As previously reported, housewares shop Basics Plus was set to close this spring at 91 Third Ave. and 12th Street. Employees had said that today, April 29, was the last day.

The prominent going-out-of-business signs in the front windows directed future Basics Plus shoppers to the location on University at 13th Street ... along with notices for 20 percent off all items.

However, in the past week, several EVG readers passed along the news that Basics Plus is staying put. Per one reader:

"I went in there a few days ago to ask when their closing date was, and the employee told me they're no longer closing, they're just downsizing. So I asked why everything was still on sale, and she said she didn't know."

In a brief telephone call, an employee confirmed the change of closing plans, saying that they're just moving out the hardware section. When pressed for more details, she hung up. (The phone went to voice-mail on the return call.)

The store closing/sale signs were still up as of Saturday.

Meanwhile, the Be Juice bar connected to the shop has cleared out... 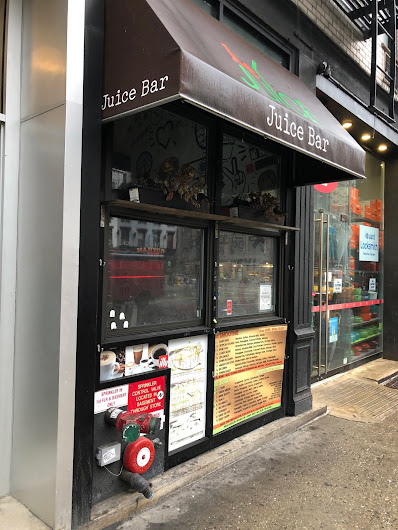 Basics Plus opened here in August 2014.

Surprise! Surprise! — a like-minded housewares shop with, according to readers, better customer service — was the previous tenant, closing in April 2014 after 25 years in business.

Previously on EV Grieve:
Basics Plus is closing on 3rd Avenue
Posted by Grieve at 4:08 AM

Email ThisBlogThis!Share to TwitterShare to FacebookShare to Pinterest
Labels: Basics Plus, closings 2019

Others must remember when all of these were [STREET NAME] Bazaar, which all had the same inventory of small household necessities and then some fun decorative items, like giant paper fans. Good that they're not going away.

Might as well get over there today, while everything is still 20% off!

PS: Do ya think this was Basics Plus's idea to stay, or do you think the landlord got some sense when realizing that's a VERY large space to try to rent out?