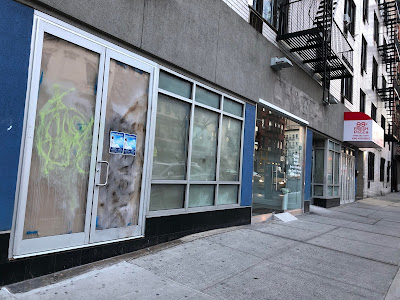 As we've been noting, the former Chase branch at 20 Avenue A at Second Street has been divided up into four retail spaces (not three like the 20 Avenue A Watchers originally thought!) ... and the first business debuted last week... here's Halo Spa... 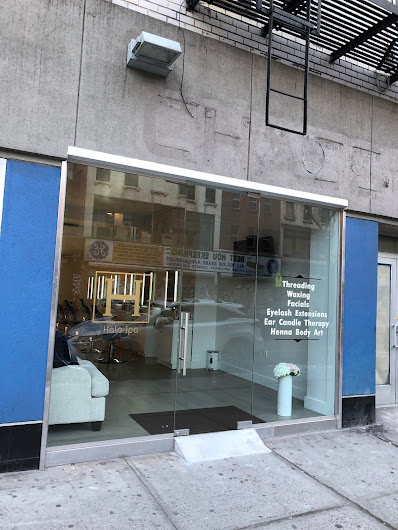 They offer spa-like things such as threading, waxing and facials.

Still waiting for the Grand Opening of Alphabet Pizza, which will serve up 99-cent slices.

And the corner space will be a deli-market —based on the refrigeration unit we saw workers wheel in early January... 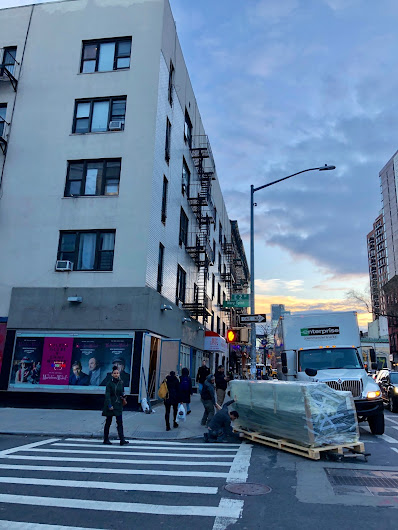 Not sure yet what the fourth space here will bring. What pairs well with a deli, spa and 99-cent pizza? (You don't really have to answer that.)

Chase vacated this storefront in November 2015.
Posted by Grieve at 4:00 AM