Former No Malice Palace for rent on 3rd Street 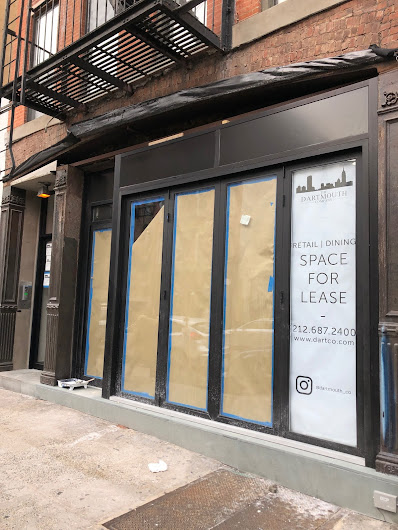 For rent signs are now in the window of the renovated storefront at 197 E. Third Street west of Avenue B (in the former No Malice Palace space).

According to the listing at the Dartmouth Company:

The building that housed NMP had been on the sales market for the second time in three years. (Didn't see any sign of a recent sale here via public records.)

No Malice Palace opened in 1999. Owner Phil Sherman died in November 2016 ... various signs on the gate in 2017 noted that they would reopen, but were just "waiting on legal things to happen." NMP remained closed until early December 2017, when it emerged as a pop-up holiday bar called Donner and Blitzen's Reindeer Lounge. No Malice Palace returned then in January 2018 before shutting for good last April.

Plans for a bar called Down and Out never materialized here.

An EVG reader mentioned that a bar had opened in the space last fall... which prompted the arrival of the Laurel & Hardy Urban Etiquette Sign... 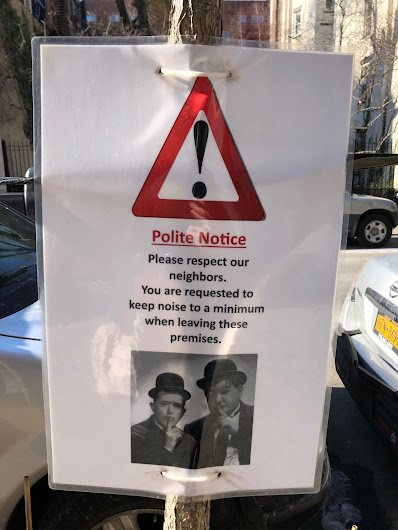 Oh God, more "accordion" doors. Please do not let this be a bar, No Malice becamse a nightmare on this residential block. And if it;s a restaurant great - NO DRUNK BRUNCH. Poco and the cuban spot that copied them have ruined everyones weekends with annoying loud people walking up and down the block, puking and yelling.