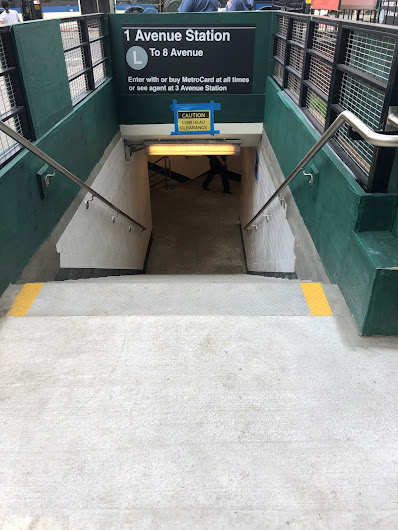 As we were saying back on Monday in this post, the MTA is wrapping up the L-train work along 14th Street.

And just like that on Tuesday, the north entrance (westbound side) to the L train on 14th Street at First Avenue opened ... and now for the first time all four entrances — two on Avenue A and two on First Avenue — are open for access to the L.

The MTA spells it all out in a news advisory:

This is the final major infrastructure element of the 1 Av Station expansion, which is part of the integrated resiliency, accessibility and capacity initiatives under the l Project. Previously, two new entrances near Avenue A and 14th Street were built and opened, one at Avenue A South in November 2019, and one at Avenue A North in February 2020. Following those openings, the existing entrances, which are part of the original 1924 station, were closed to be fully reconstructed. The First Avenue South entrance was reopened in April 2020, and this final original entrance at First Avenue North opened [Tuesday].

And kind of a but:

At this time, all entrances at 1 Av Station are open for customers with temporary finishes. Final finishes will be scheduled for one entrance at a time in the future, and the entrance will be temporarily closed at that time. Customers will be able to use the entrance to the station that provides complementary access.

Meanwhile, the two platform-to-street ADA elevators on either side of 14th Street near Avenue A will be complete by the end of the summer, per the MTA... 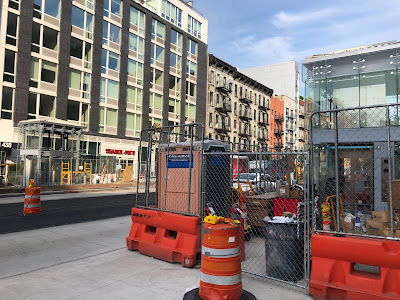 Look for some new crosswalks at Avenue A one day soon too... 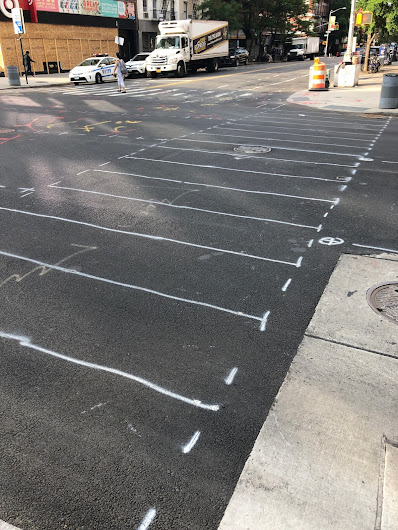 The work officially began along this corridor in July 2017. In late April, Gov. Cuomo announced that the Sandy-damaged Canarsie tunnel rehabilitation phase was completed — reportedly several months ahead of schedule and less than $100 million as originally expected.
Posted by Grieve at 6:00 AM

Done (almost) despite years of hand-wringing in the blog-o-sphere.