Rumors: A new tenant for the long-empty bank branch on Avenue A and 4th Street 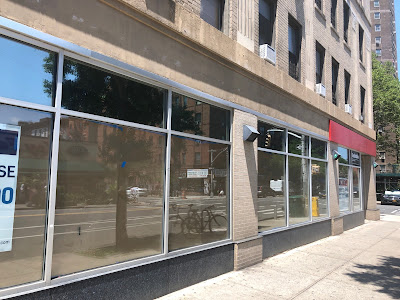 After sitting vacant for the past two-plus years, a tipster tells us that there's a new tenant for the former Santander branch on the southwest corner of Avenue A and Fourth Street.

Brown paper now covers the windows of the storefront. Santander pulled out at the end of April 2018.

Rumors of the new lease brings an end to ChaShaMa's tenure here. The nonprofit partners with property owners to transform unused real estate into spaces for pop-up galleries.

The new lease also brought a premature end to Darrell Thorne's current show. The Brooklyn-based designer and performance artist (and onetime East Village resident) was midway through an interactive exhibit titled "Under Glass and in Color" here. It was expected to be up through July 12, but went dark at the end of June. 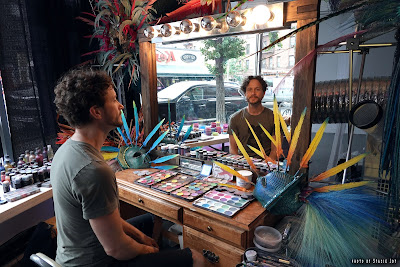 [Photo of Thorne by Stacie Joy]

Previously on EV Grieve:
• Designer Darrell Thorne is 'Under Glass and In Color' on Avenue A

I was really enjoying the artwork here.

It's too bad about the exhibit. Not quite my cup of tea aesthetically but it was clearly, if nothing else, a ton of work for the artist.

I was wondering why DT was so short. Great show. Thanks to Chashama for helping make these shows happen.