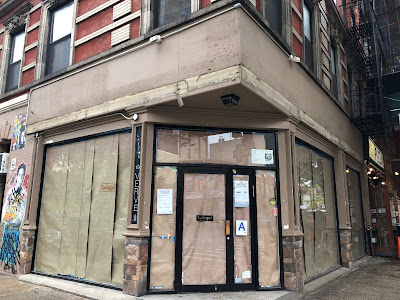 A lot of readers have asked about the status of Spiegel, the corner cafe at 26 First Ave. and Second Street.
The space was serving takeout and delivery for part of the summer before going dark in early August. While there hasn't been an official notice about a closure on any fronts, the Spiegel phone is no longer in service.
Workers were also spotted removing the signage on Sept. 9... 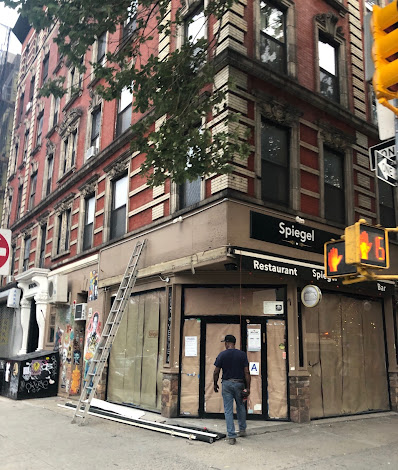 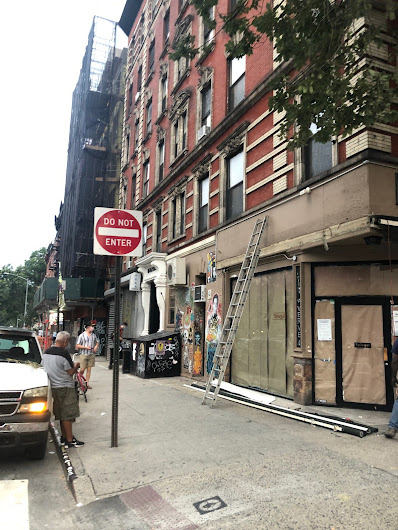 Owner Shmulik Avital opened Spiegel in March 2014.
And Spiegel is just one of a handful of local bars-restaurants that have remained dark in recent weeks-months, prompting questions whether the businesses will ever return.
Posted by Grieve at 5:00 AM

Oooh no. This is terrible.

I'm pretty sure his name is Shmulik, not Shmulike. Nickname for Shmuel, which is Samuel in English.

Also, when the signs are taken off, is there even a question if the place is gone?

That’s a bummer, I liked breakfast there.

That’s a real bummer, one of the few local joints open for day to day breakfast, lunch...not some themed liquor hut nightspot. Sigh.

This news stinks. Their food was so, so delicious.

I see they are on Seamless. Did they reopen?

Hot off the press: Spiegel will be back in July :)