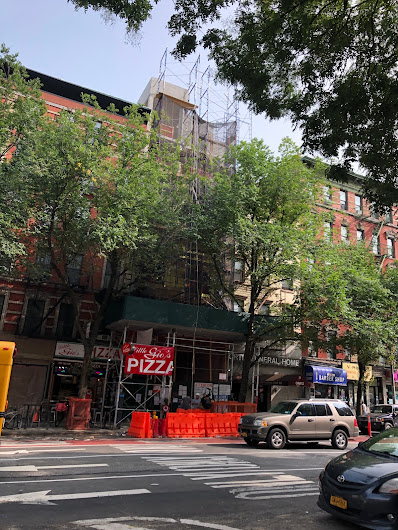 Nearly seven have months have passed since we checked in on the 101 Condominium, Rybeck Development's condoplex on First Avenue and Second Street.

There has been a lot of progress — despite the work stoppage during the COVID-19 PAUSE. The 7-story, 23-unit residential building, looks to have reached the top, as this Second Street view shows... 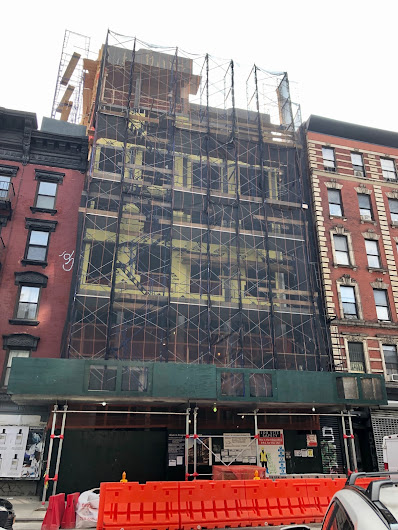 The work includes Saturdays, which has annoyed some neighbors. This past Saturday, a nearby resident wrote in to say: "They are using concrete pumps on diesel engine trucks — the engine never turns off and gets very loud during the pumping process — plus foghorns and car horns to communicate."
All this, the neighbor says, is at odds with the After Hour Variance Permits that notes "no loud noises or disturbances." 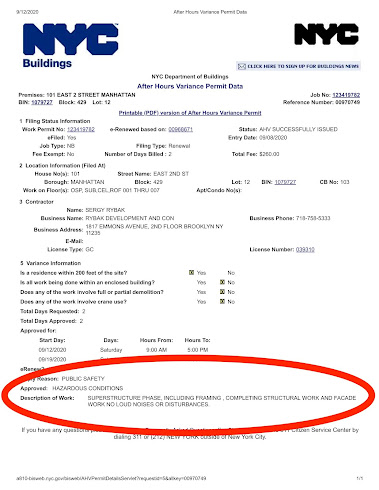 Calls to the DOB and 311 have not yielded any results about the Saturday disturbances.
"I don't want construction stopped, mainly because I know it will never happen," said the resident. "But the Saturday noise after a whole week of it is just annoying."

As for what's to come, the studios are starting at $895,000. The listed amenities include a full-time doorman, fitness center, lounge area, grill & wet bar and an "immaculate indoor/outdoor park."