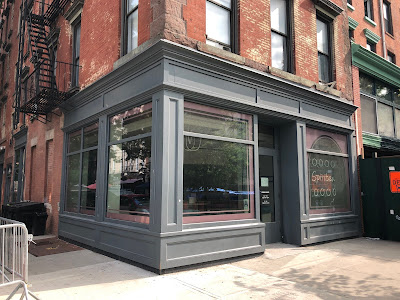 Some more permanent closings on Second Avenue to note (joining Thailand Cafe and Mermaid Inn along here)...
• Spiritea, 300 E. Fifth St. at Second Avenue
The fruit-and-milk tea shop, which debuted here in May 2019, will not be reopening. Management confirmed the closing. Their locations in Vancouver and Irvine, Calif., remain open.
The space went under a drastic renovation early last year ... it had been vacant since 100% Healthy  Blend (or maybe just Healthy Blend) closed after three months in November 2016. Previous tenants include the Mexican restaurants Dahlia's and Mary Ann's. 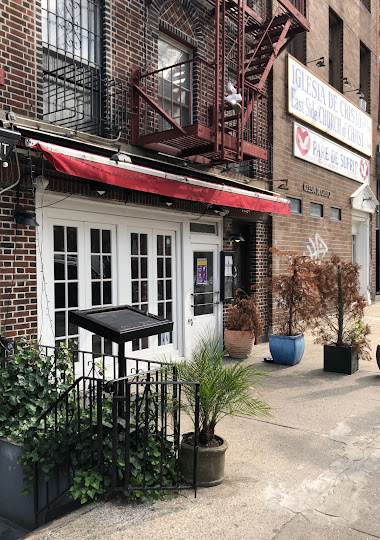 • Dia, 58 Second Ave. between Third Street and Fourth Street
The restaurant specializing in Roman-style pizza and coastal Italian seafood has closed. The Did website is offline and their phone has been disconnected. Open Table lists them as permanently closed.
The restaurant debuted in the fall of 2018. 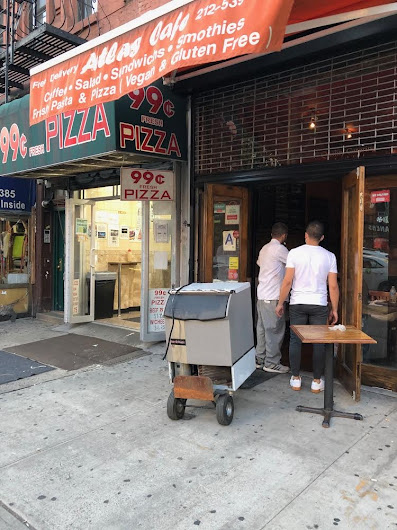 • Atlas Cafe, 73 Second Ave. between Fourth Street and Fifth Street.
After a renovation earlier in the summer, Atlas briefly reopened in late August... only to go dark again in September. Multiple sources confirmed that they will not return. (H/T Derek Berg!)
The restaurant, which served reliable vegan (and non-vegan) menu items with a Moroccan vibe, first opened in 1999.
Multiple readers have pointed out that the block here on the west side of the Avenue between Fourth and Fifth has become quite seedy... mounds of discarded items have been stacked up outside 75 Second Ave. — home of the now-closed Nostro Italian restaurant... 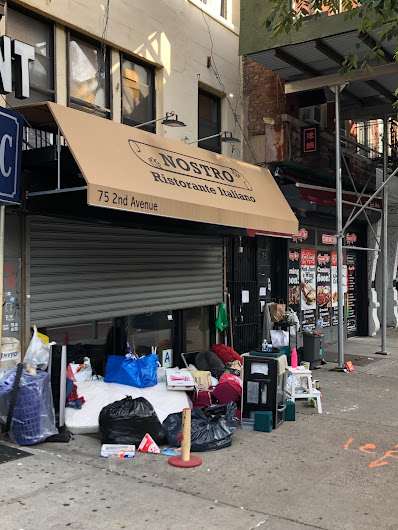 Someone moved the pile to the vacant storefront to the north, but it always seems to return... an owner of a store nearby describes it as a "drunken junkyard" ... and so far, calls to the city (311) haven't yielded any results ... the store owner says all this has been bad for business... 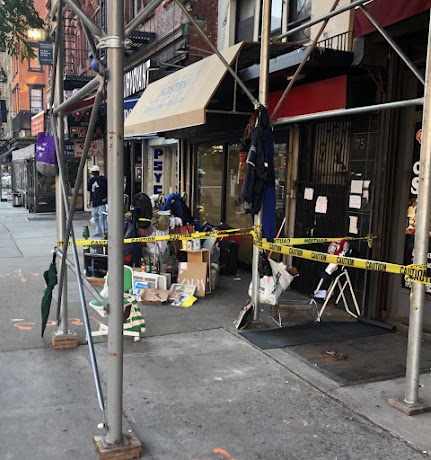 Have good memories of Atlas Cafe in '99. Always thought it was there before.

Everything south of 7th St on 2nd Ave is just gross right now. Avoiding that area as much as possible.

Is there a concerted effort to allow messes like this to continue to exist on humanitarian grounds or is this sheer ineptitude by our politicians?

Very sad to see them go. Atlas was a great cafe for hot veggie sandwiches!

Please don’t avoid the area! The area has become seedy because of trash and encampments popping up in front of closed storefronts. Please come and patronize the businesses to help prevent even more closures that will surely cause more trash and chaos in our neighborhood. The answer isn’t to stay away, it’s to participate in our own EV economy as much as possible.

There are just so many homeless people when you walk down south on Second Avenue.

The restaurant industry is vital to the revitalization of NYC economy so it's with great wonderment why the mayor and governor are doing their best to destroy it.

Sad to find out that i just enjoyed my last Atlas Cafe salad last week. Hope everyone working there the best as they were truly the best til the end.

Utter nonsense. What would be their motivation to do that?
The governor, who has the power to call the shots, is doing the right thing, protecting us from covidiots.

Its ridiculous that every city in NY has had indoor dining for months while NYC has been under endless lock down until a lawsuit made the governor back down.

I am so sad about Atlas Cafe. One of the few places that had fresh food and reasonable prices. The neighborhood lost a real gem.

Very disappointed about Atlas, loved going there for their vegetable soups and vegan desserts. We lost a real gem.

Not a helpful statement. So many great and lively spots to eat below 7th. These businesses need to be suppprted.

The conditions on 2nd Avenue have become unacceptable during the past few months. These businesses will not be replaced with the avenue in its current state. What restaurant entrepreneur would be willing to take a risk in an area that seems mired in decline? Second Avenue was a destination not that many years ago...it had slipped before the pandemic, but since has descended into squalor. There needs to be an organized effort amongst the businesses and residents along the avenue to deal with these issues: sanitation, mental/homeless outreach, beautification, landlords shrouding their buildings under scaffolding for endless periods of time, landlords warehousing vacant commercial properties. Time to get to work.