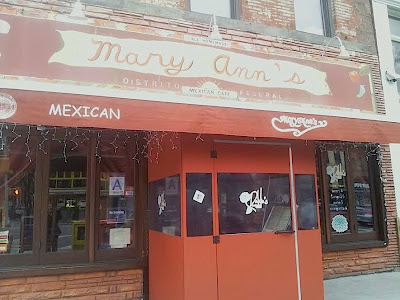 At some point in the past, say, nine months, Mary Ann's began morphing into Dahlia's on Second Avenue and East Fifth Street. On Tuesday, workers finally painted over the Mary Ann's on the front of the building… 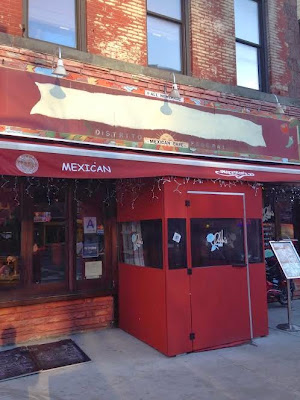 The sidewalk awning still says Mary Ann's … As far as I can tell, the menus with Mexican fare are almost identical? Can anyone confirm this? (And the Mary Ann's in Tribeca is now also Dahlia's? So many questions????) 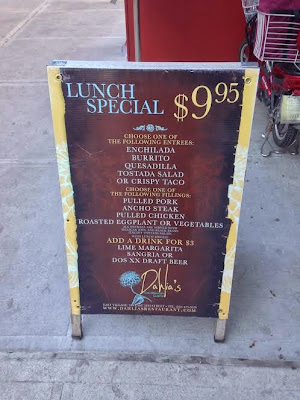 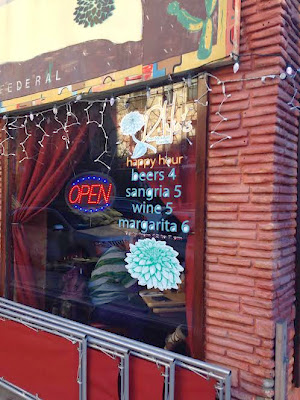 I finally gave up on Mary Ann's a few years back. Still, I feel some nostalgia and it is sad to see it go.

What the hell is Dahlia's?

I remember in the 80s and 90s when drug dealers used to hang out in Mary Anne's and work the bank of pay phones the place used to have. Bye, M A...

You didn't miss anything. I think I last ate there in the 80's and didn't think much of it...several people I know got food poisoning there over the years.

Food aside, a friend of mine painted the sign for Mary Ann's way back in the early 90's. Always thought it was fun and colorful. Also some other art work in there I think. Will miss it.

I go in the summer to sit outside and drink frozen daiquiris, the food there is fucking terrible.

I would rather eat a hipster biscuit than go to that place again...

Wonder if this "Dalia's" has the same owner as Mary Ann's...see this article over at Towleroad: http://www.towleroad.com/2014/03/-gay-ny-chef-awarded-16-m-after-restaurant-owner-forced-staff-to-attend-anti-gay-prayer-meetings-.html