Sophie's, Josie's and Mona's will reopen this week 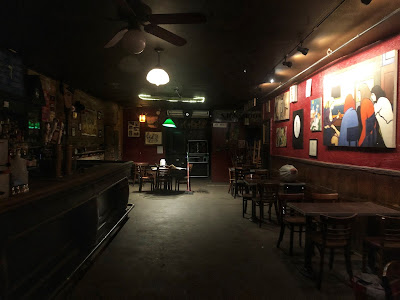 After sitting out the past six-and-a-half months, sister bars Sophie's, Josie's and Mona's will reopen later today with a 25-percent capacity.
The owners are renting small electric ovens and will be offering pizza (as well as a few smaller items) to meet Gov. Cuomo's meal-with-a-drink mandate.... and in keeping with the reopening guidelines, there is only table service. So no sitting at the bar. And masks are mandatory.
The pool tables at the three bars, which closed at the start of PAUSE in mid-March, have also been removed to allow for more socially distant spacing for the handful of tables.
Of the three bars, only Mona's on Avenue B might have a few outdoor tables. (Owners said they thought outdoor seating on the side streets where Sophie's and Josie's are located might be too disruptive to nearby residents.)
The three are expected to be open from 3-11 p.m., though that is subject to change. 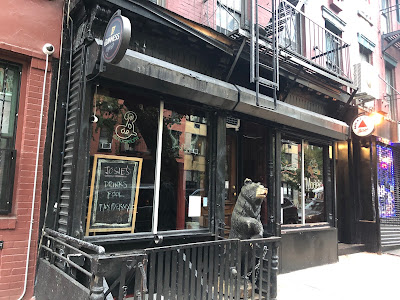 Good news! These sister bars are a class act and I've been worried about their status. I hope the bartenders and owners are doing ok and wish them the best in reopening.

Ditto! Welcome back and hope you're here to stay!

"Owners said they thought outdoor seating on the side streets where Sophie's and Josie's are located might be too disruptive to nearby residents." Thoughtful & neighborly during these times when we've been through so much & can't take anymore. What a contrast to Ace Bar on the same block as Sophie's.

thank god these are the best bars in the hood

I hope this goes well. I'd like to go, but the pandemic isn't over.

indeed, Ace bar was the worst bar insomuch as being a responsible and courteous neighbor, cheers to Sophie’s and their employees, welcome back neighbor

Love these guys and these bars so happy to see this!

Mona's like a second home. Miss it a lot. But way too early to go indoors. See what happens in a month.

Hurrah! Ditto what Goggla said! Ditto what Anon 4.28 said! Good neighbors, and here's to their survival. Stay safe everyone...

Y’all are really blaming Ace bar for trying to survive after being forced closed for six months by having some outdoor customers just like most restaurants and bars? Sad.

@Anon 8:52 Maybe not so much blaming Ace for trying to survive but more because of years & years of being bad neighbors with loud screaming on the sidewalk at 2, 3 & 4 am & doing nothing to quiet it. Guessing that for many it was relief to have them closed. And to finally be able to get some sleep. Not sad. Quite different than Sophie's approach to reopening only half a block away.

Mad respect for not putting tables outside for nearby residents. That's so cool and thoughtful. This is the problem with the open streets/open restaurants bullshit. It's so noisy and makes sidewalks like an obstacle course on top of it. I know it sucks for parking too but I don't have a car... the noise is what really gets me. It's like people chatting outside our windows constantly now. The drunk brunch spots are the worse. Bravo to this great group of bars!!!!