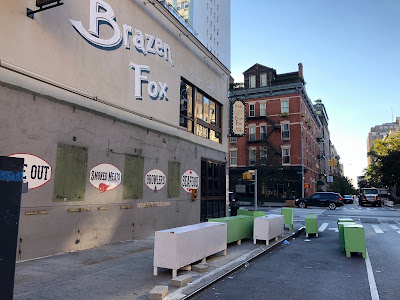 • Brazen Fox, 106 Third Ave. at 13th St.
The two-level bar-restaurant abruptly shuttered last week. They had been open for takeout and curbside service. A rep confirmed the closure.
This outpost of the  White Plains-based Brazen Fox opened in the fall of 2013. 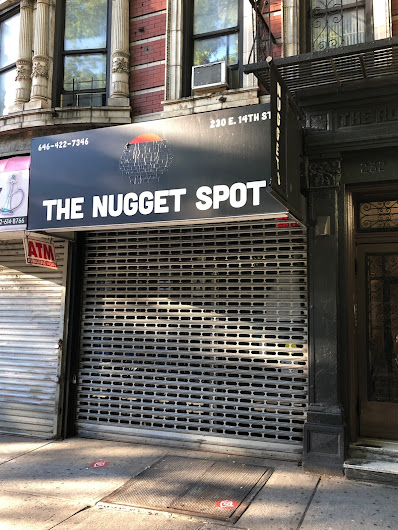 • The Nugget Spot, 230 E. 14th St. between Second Avenue and Third Avenue.
Ownership recently announced a closure, though they did leave the door open for a return in an Instagram message:

"It's with a heavy heart that we announce the permanent closure of our 14th Street location. For 7 years we called this home, making friends from all over the world that share the same love for NUGS. We're not throwing in the towel just yet, but in order for us to return in the future we have to take these necessary actions now. "

The Nugget spot, which opened here in October 2013, had been in service for takeout and delivery for part of the summer. 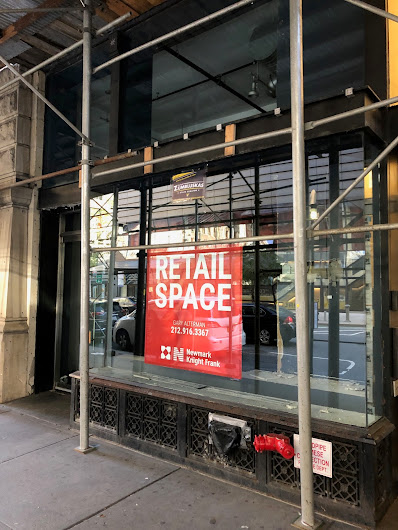 • Hu Kitchen, 78 Fifth Ave. between 13th Street and 14th Street.
A for-rent sign now hangs in the front window of the quick-serve, health-focused restaurant that served made-to-order breakfast, lunch and dinner dishes and well as fresh-pressed juices and other grocery items. (H/T ADJG!) This location opened in October 2012. Their online operation is still in business. 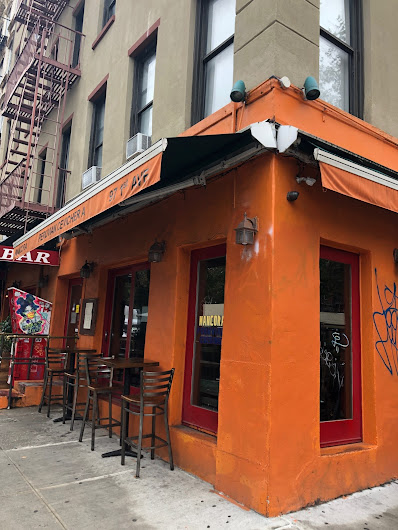 • Mancora and Apna Masala, 97 First Ave. at Sixth Street.
Mancora, which served Peruvian cuisine, moved here from across Sixth Street in June 2017. Both Mancora and Apna, which shared part of the space, have been closed since the March PAUSE. OpenTable list both restaurants as closed.
And a reader recently spotted what was believed to be equipment from Mancora discarded on Avenue A and Sixth Street... 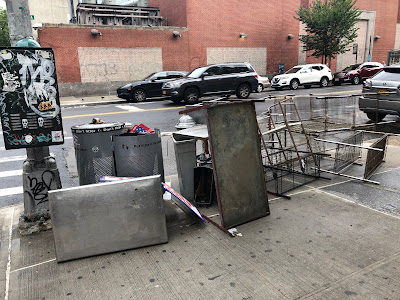 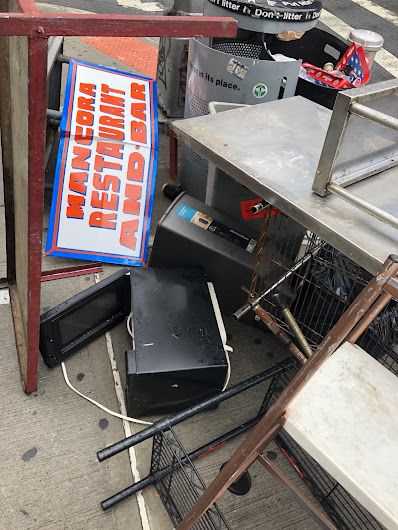 How do you just dump the contents of a restaurant on a street corner?

Its estimated that 60% of closed businesses will not reopen. Cuomo a DeBlasio have been a disaster.

@Anon. 5:45 - They doubtless have a private carter; restaurants are not serviced by the Department of Sanitation and have to pay for trash pickup by outside companies. Because the stuff wasn't there when I walked by Saturday morning.

Mancora was a lovely place, especially in their previous location. Good rotisserie chicken. Nice people too.

IMO, the closure of Brazen Fox is no loss at all; and I'm sure it'll be eventually be replaced by someplace just like it. The NOISE levels from Brazen Fox were an insult to everyone living nearby, and from what I've been told, they were a bad neighbor to nearby other businesses.

unrelated, but related:
on the short block of Elizabeth Street between Houston and Prince, I counted 15 (!) empty storefronts.
and it's going to get worse...

I agree, Brazen Fox won't be missed.
They pushed their sidewalk seating out way too far and the servers worked from the sidewalk rather than within their area.
Those rules are gone during the pandemic, which is understandable, with decreased foot traffic.

Oof, Mancora. Always my go-to for soup when I could feel a cold coming on. I wish them the best.

Oh man those nuggets were soooo good. And I don’t even like chicken nuggets (being an adult). Cry.

Won’t miss Brazil Fox for a second Could hear the noise from their a block away through closed windows. They were NOT good neighbors. Will miss the nugget spot. Good flavors even for adults

you could furnish a big house with all the stuff people have dumped on the streets lately.