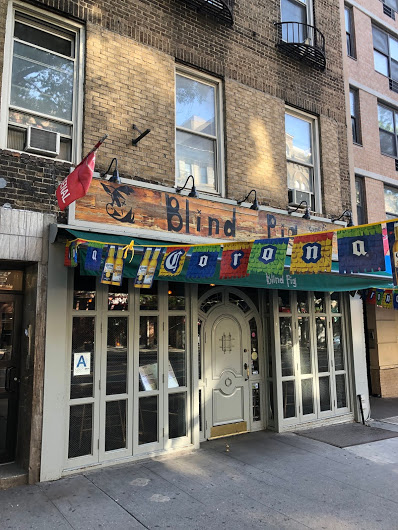 As we first reported yesterday, Coyote Ugly permanently closed its home of 27 years at 153 First Ave. between Ninth Street and 10th Street.

Workers who were clearing out the space said that the saloon would be moving to 14th Street between Second Avenue and Third Avenue.

EVG reader Brian Van confirmed that Coyote Ugly was on this month's Community Board 6 agenda for a new license at 233 E. 14th St. — the former Blind Pig.

The Blind Pig, the sports bar/pub (home to Arsenal supporters in the English Premier League), closed after service in June 2019. As previously reported, the owners of the 13-year-old Blind Pig were hit with an untenable 50-percent rent increase.

In announcing the closure, Coyote Ugly CEO and founder Lil Lovell said that they there would be a new NYC Coyote Ugly. She didn't disclose the location, only saying that it will be “a little bit nicer” and have “better bathrooms.”

If we do not gout of this pandemic, dos this mean that instead of taking one's bra off, customers will be taking off and hanging their masks at the bar?
Asking for a friend.

Question: what does Coyote Ugly know about how long this pandemic will last that we don’t? It doesn’t really seem like the ideal time to be opening an East Village bar, especially since SantaCon will likely be cancelled (or banned) this year.

Every once in a while, this horrible pandemic reveals a tiny little glimmer of something that is worth appreciating while everything else is so upsetting. The real potential of the cancellation of SantaCon is one of them, for me.