24 1st Ave. has been demolished 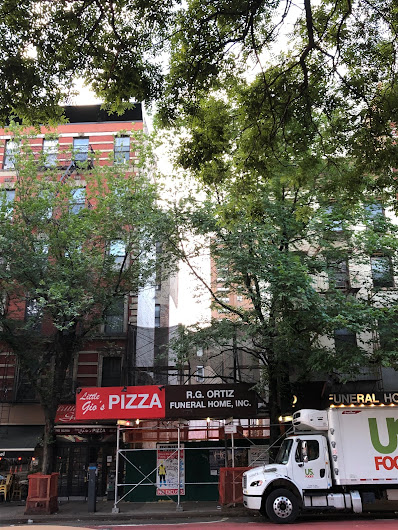 These buildings were leveled to make way for a 7-story, 22-unit residential building called The 101 Condominium. 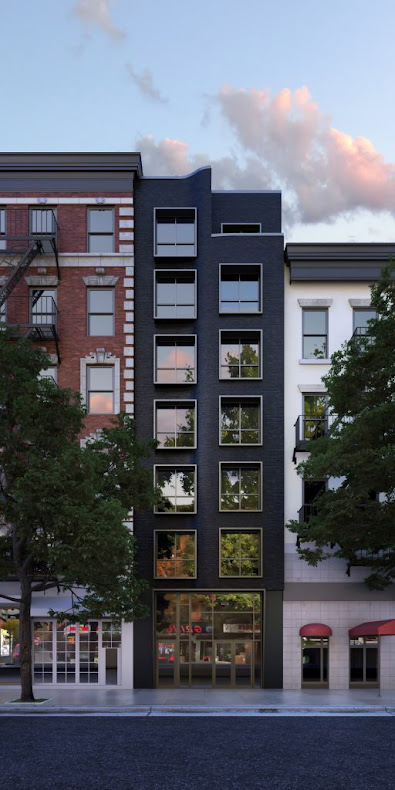 [Rendering of the 1st Avenue side via Zproekt Architects]

That parcel is about the size of a lot on Third Avenue between 14th and 15th, one that's been derelict and decrepit for about six years now. Hope the builders here don't run into any of the issues that have plagued the one in Gramercy. Come to think, the city just stapled new notices last week to the green wooden door — I wonder what new violation awaits!

With a funeral home on one side of it? No thanks.

Wonderful I am sure all the homeless guys who are camped out regularly on that block will appreciate this addition to the high end housing market.