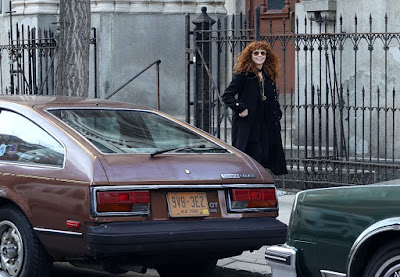 Crews for "Russian Doll" are along Third Street between Avenue A and Avenue B today (and tonight) ... where the block for the time-bending Netflix series (No. 2) was decked out for an early 1980s look.
Despite the leap back a few decades, series lead (and a writer and creator) Natasha Lyonne hasn't reverse aged a day!
EVG contributor Stacie Joy shared these photos... 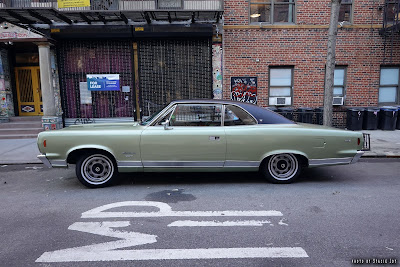 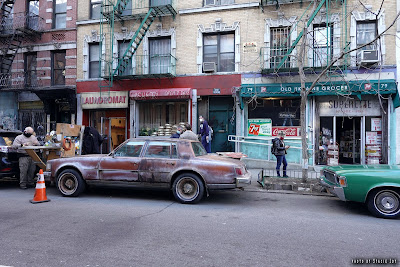 ... this is Jane's Exchange... doing duty as a Ukrainian market called Ukraine Grocer... 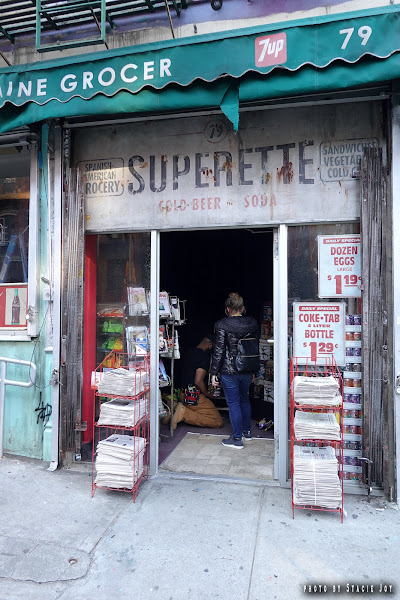 Apparently, only Book Club along here missed out on the time travel.
And around the corner on Avenue B, Ben's Deli, which played a key role in season 1, got a new look... 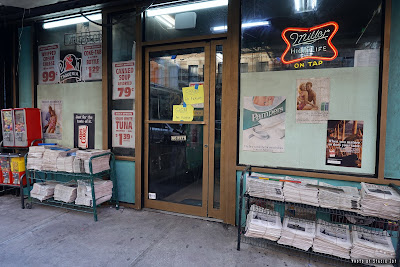 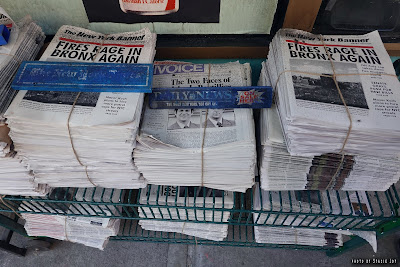 Stacie reports that Lyonne was very friendly with the onlookers, who cheered her on as she smiled and waved ... 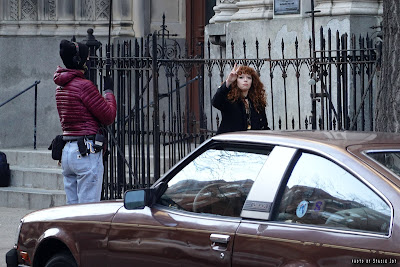 They bought some records from us so there'll be records

Email ThisBlogThis!Share to TwitterShare to FacebookShare to Pinterest
Labels: filming around the East Village, Russian Doll

Nice to see so many film shoots supporting the neighborhood recently.

..piles of newspapers...reminding us sadly of a time when we had a actual press that actually reported on events around the world, even...

My favorite part of the casting flyer is it says "NYC and Brooklyn". Damn Right...

Right on. Love this show and LOVE Natasha. Nice support of local biz, too.