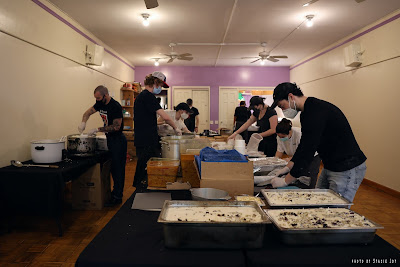 East Village Loves NYC — the local volunteer group that formed last spring to feed people in need during the pandemic — is continuing to make meals and celebrating the multiple religious holidays of New Yorkers
For Ramadan, the volunteers collaborated on an interfaith dinner. Per the group's website: "In Islam, there is a concept called Iftar. It occurs during Ramadan, and it's a time where Muslims all over the world serve free food so that people from all walks of life can eat together."
EVG contributor Stacie Joy stopped by the Sixth Street Community Center between Avenue B and Avenue C the other day as the volunteers prepped the meals that went to five mosques in the Bronx and one on Long Island... 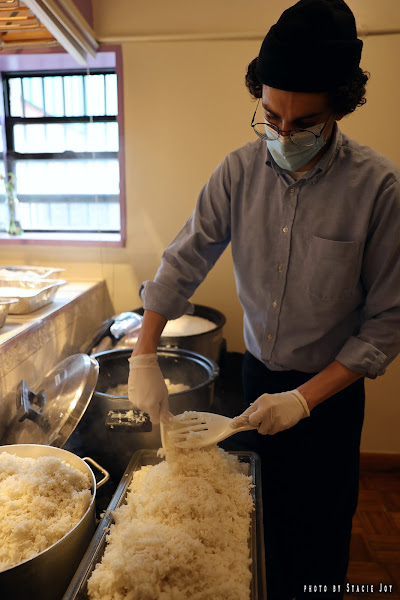 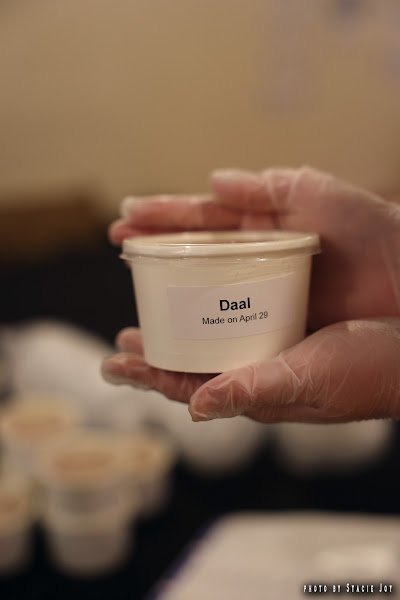 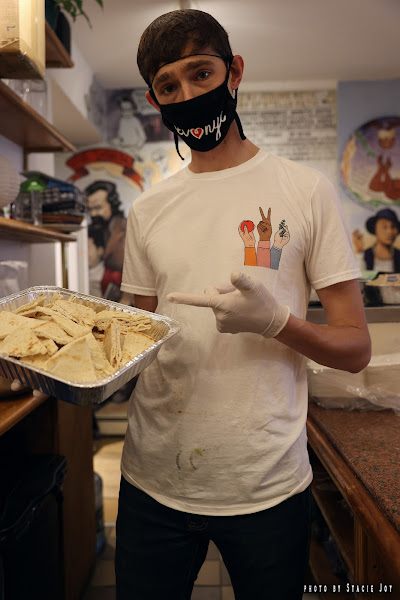 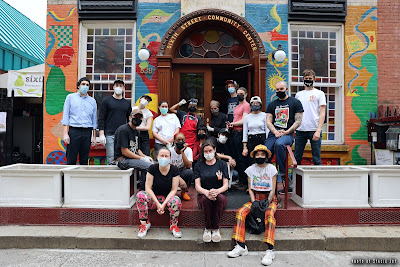 East Village Loves NYC — which has attracted some 400 volunteers — recently celebrated its first anniversary.... and in that time, has cooked more than 100,000 meals for New Yorkers during the pandemic ... not to mention donated 325,000-plus pounds of groceries and 7,000-plus pantry bags.
As they noted on Instagram:

What started with our team of five or six friends doing a cooking session to help their neighborhood, turned into a massive family of hundreds of volunteers gathering every week to deliver thousands of meals to New York City.

Bravo! for community solutions and goodwill. Thank you EV Loves NYC for your example and results — way to go! Heading over to the link to drop a few coins in the hat. Keep up the good work.

Great job. Happy to see them continuing this work.