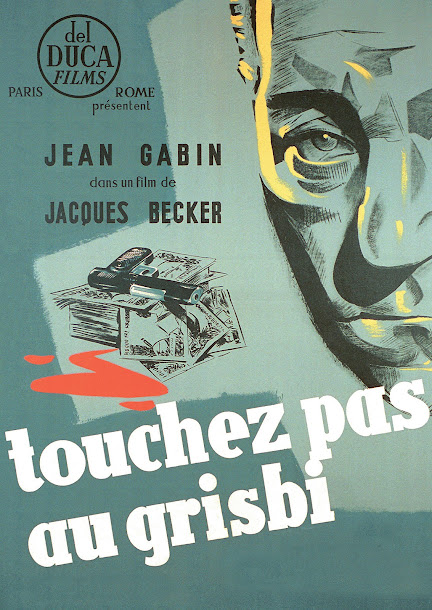 The 2022 Films on the Green series comes to Tompkins Square Park tonight (July 1).
This year's theme is "From Page to Screen," spotlighting 12 literary adaptations. Our screening: "Touchez Pas Au Grisbi,"  a 1954 French-Italian crime film directed by Jacques Becker and starring Jean Gabin, Jeanne Moreau and Lino Ventura ... and based on a novel by Albert Simonin.
The plot!

After pulling off their "retirement job," 50 million in gold bars, aging criminals Max and Henri think they can give up the game. But when Henri's girlfriend tells the drug dealer Angelo about the loot, violence erupts. Angelo kidnaps the old crook and asks Max for the "grisbi' as ransom...

The trailer!
The film will start (roughly) around 8:30 in the center of the Park (where the bands play).
Films on the Green is produced annually in New York City parks by Villa Albertine, the French Embassy and FACE Foundation.
After a year off in 2020, the series returned with a hybrid event last summer, though there weren't any events in Tompkins.
Posted by Grieve at 6:50 AM

Email ThisBlogThis!Share to TwitterShare to FacebookShare to Pinterest
Labels: Films on the Green, French things

Why do we always get French films (and no other American films)?

Because this is the annual free French film festival in NYC parks.

The Films in Tompkins series (promoted by several different local businesses) stopped in 2016... it *seemed* like it rained every Thursday night in the summer from 2010-16.

I recall talking with one of the organizers, who said it was a huge pain to put together... and fewer people seemed to show up... and there were always complaints about the film selection. ("Taxi Driver"? Why not "Mean Streets"?)... and there were complaints that the whole thing got too commercial. Etc.

Great movie, better than anything new playing these days!

On the West Side they were showing Pretty Woman and all the families with their kids were out watching. Then the sex scenes started with Julia Roberts in and Richard Gere in bed, and the parents realized this R-rated move or wasn’t so family friendly after all. The kids didn’t seem to mind, but some of the parents fled in horror.