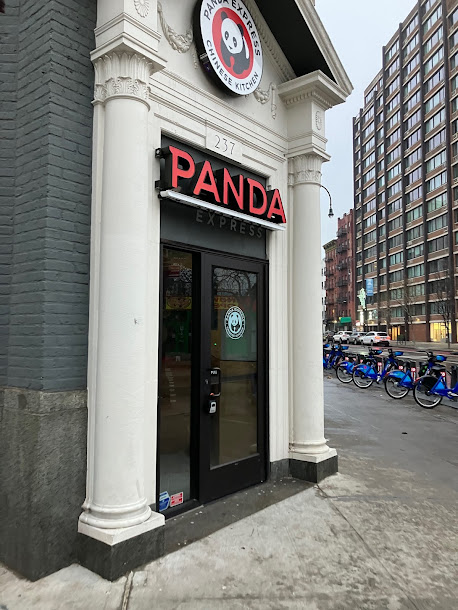 Nearly a year has passed since we first reported on Panda Express coming to the corner space on the SW side of 14th Street and First Avenue.
The signage arrived in May. (All these photos are from late last week.) 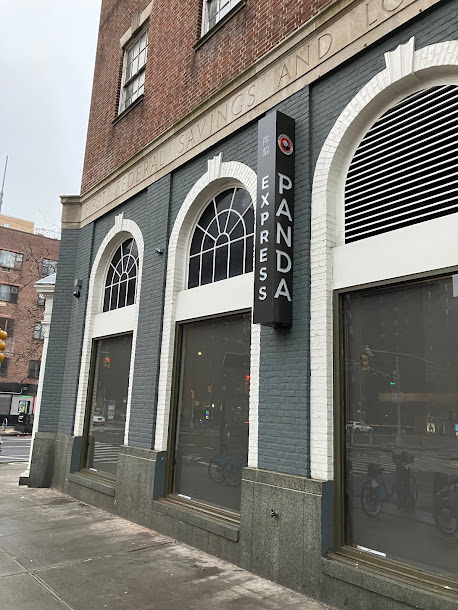 PE workers told us in July that they'd be open very soon.
By late August/early September, there were issues with permits — as in waiting for the city, Con Ed, etc., to approve them. A PE rep then told The Village Sun then that this outpost wouldn't open until the first quarter of 2023. (One tipster told us that management here was very late in turning in the necessary paperwork for the various licenses, etc.)
In any event, the PE still looks ready for action, ... though this location still hasn't appeared on the PE website ... and we still receive a lot of queries about the status of the space... 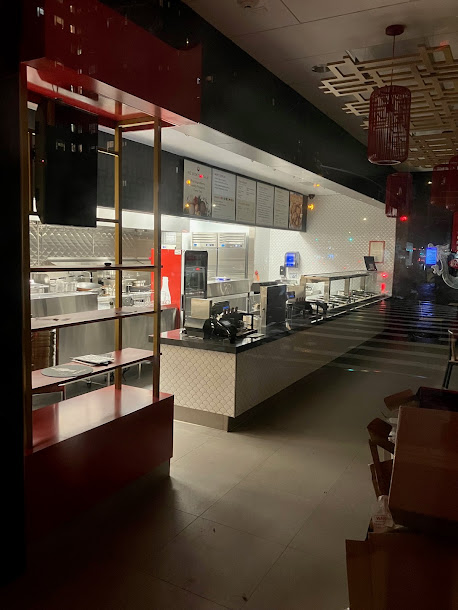 As for this storefront, an AT&T store was here for a few months... taking over for the Vitamin Shoppe.
Panda Express launched in California in 1983 ... with more than 2,000 locations today ... with a handful around NYC.
Posted by Grieve at 5:00 AM

Seems like a waste of time and space waiting on permits. They will have competition from PF Changs and No. 1.

The mallification of NYC and the EV continues and never ends. Perfect for the NYU kids.

it’s no worse than an AT&T or Vitamin Shoppe…

We have enough great Chinese restaurants in the city. Every single one -- Chinese takeout or non-takeout restaurant in the city (that's not a chain like P.F. Chang or this) is better than Panda Express.

Official Panda Express replied to me on instagram that it would be open in March!