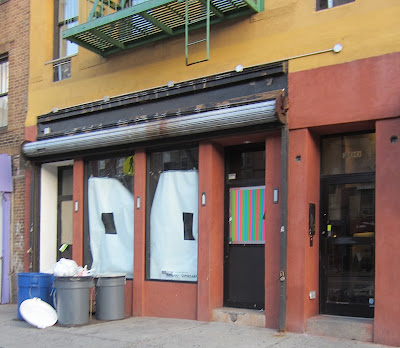 An Avenue A tipster tells us that the folks hoping to open a bar-gallery space at 200 Avenue A (the former Superdive, of course) is on today's agenda for the State Liquor Authority's full board meeting...

The people behind the "art gallery with a full-service restaurant" concept — who have appeared before and been rejected by the CB3/SLA committee three times — decided to go directly to the State Liquor Authority for its license.

The group, calling themselves Hospitality LLC, appeared before the CB3/SLA committee in November 2010 with the idea of a restaurant/lounge "that involves all the senses," including the now-legenedary smell machine. They came back in April, and were told to do more community outreach. The didn't have any better luck in May given the strong opposition from neighbors.

In case you are wondering... the board meeting starts at 10 a.m. at: