OK. Today is just the second day this week for "The Disappearance of Eleanor Rigby" crews here on this portion of Seventh Street ... (they were on Seventh at Cooper Union a few weeks back...) 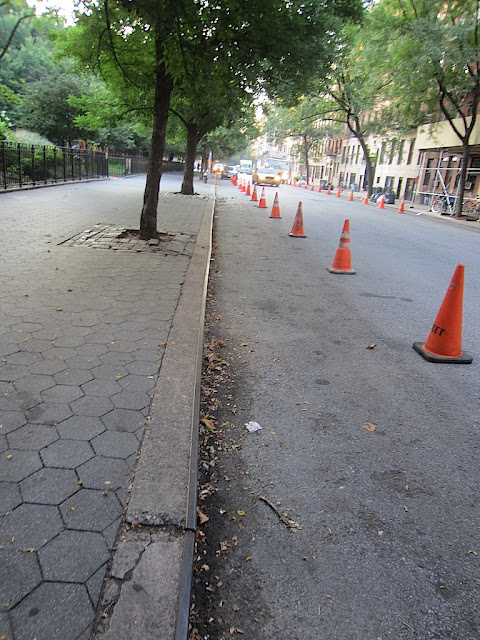 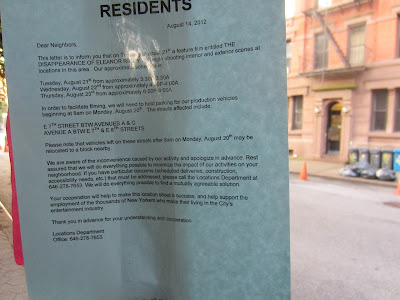 As BoweryBoogie noted, they've also been filming along Avenue B between East Second Street and Third Street this week (they were using the interiors of the former Zaitzeff space on Monday) ... and they'll be back here on B all of next week.

The film tells the story of a troubled marriage, in two installments, from the husband's and the wife's perspective ... it stars Jessica Chastain and James McAvoy ... as well as Viola Davis, Bill Hader, Isabelle Huppert and William Hurt.

McAvoy makes his triumphant return to the East Village, where he hung with Angelina Jolie on the side of the now-demolished Nevada Smiths on Third Avenue in June 2008... 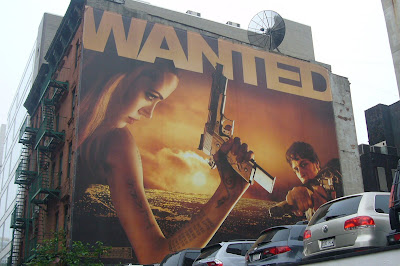 Ugh. Can't we at least charge these groups for taking over our neighborhoods? Our lovely mayor thinks instead we should be PAYING them in the form of huge tax subsidies... It used to be expensive to film in NYC b/c of the enormous inconvence it caused to our residents and infrastructure. Just another example of his broad scale program of scraping anything and everything possible from the backs (and POCKETS) of tax-paying NYC residents to give it away to big business, big tourism, and the deep coffers of corrupted beaureacratic officials.

Ahhhh look at all the douchy people

I know its only tangently related, but here is a very old family friend, and an amazing artist covering Eleanor Rigby, hang in there, its a medley,

Just saw McAvoy hanging outside a bar on Ave A last week, guess they're filming already?