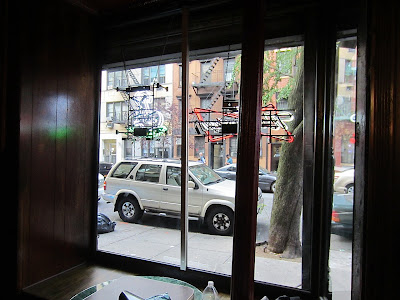 Tonight at 6, Josie's opens at 520 E. Sixth St., former home of the late, great Joe's Bar here between Avenue A and Avenue B.

The bar closed last Thanksgiving after proprietor Joe Vajda died. (Joe's opened in that space in 1973. Joe and two other partners previously had a place across the street.)

Earlier in the year, as we first reported, Richard Corton and his business partner Kirk Marcoe, who own Mona's and Sophie's, purchased the bar from Dottie, Joe's longtime domestic partner.

The two considered all this as more of a restoration than a renovation. So you'll find a space that looks and feels very familiar... Which is all good.

As Dave on 7th noted after a recent look-see:

"The bar has been beautifully refinished. I spent 10 years of my life in this bar and I think what they're doing is going to be beautiful and authentic." 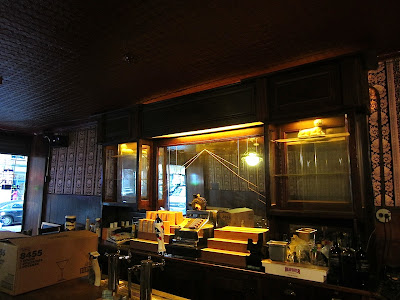 Corton and Marcoe even found a company in Los Angeles to replicate the exact same wallpaper that adorned Joe's through the years... 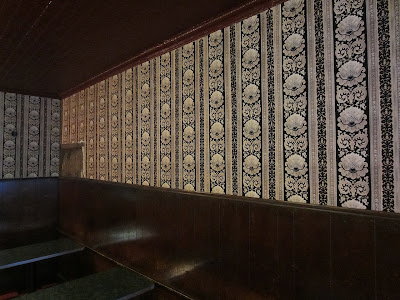 And here's a shot of the old wallpaper before it was removed ... 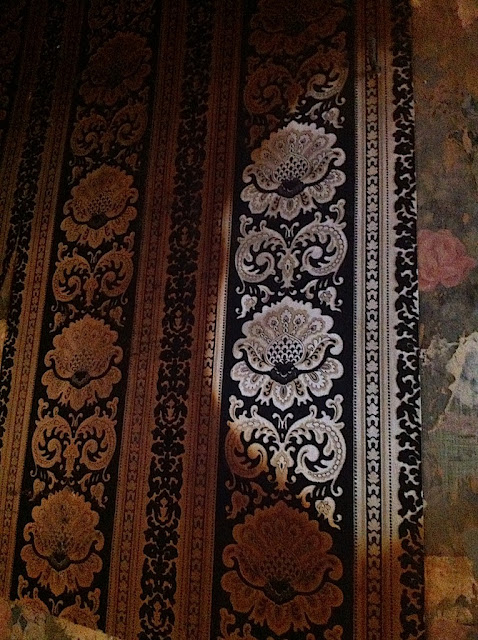 There is a new pool table and jukebox ... and likely some new music. Dottie took all of the country-and-western CDs with her... 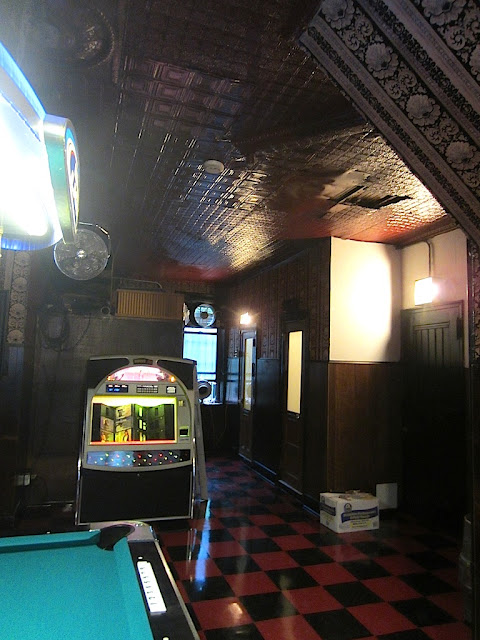 Also, expect the return of the giant, Soviet-era Lowenbrau clock (once it's working again). But there aren't any seedless mandarins. 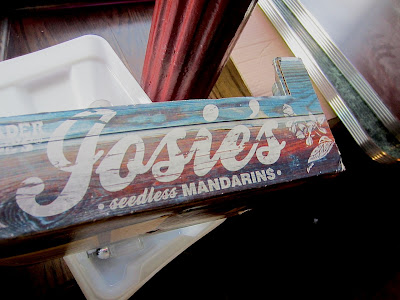 Previously on EV Grieve:
Joe's Bar is joining the Sophie's-Mona's family
Posted by Grieve at 7:00 AM

Seeing that old wallpaper is enough to make me quit smoking :(

this is the proper way to fix up a bar. no press releases with the words "salvaged" or "artisanal."

Now THIS is some great news. I can't wait to slump over at the bar. See you all there!

I'm looking forward to having a drink or ten here! Cheers to the new Josie's!

so glad to see it's staying in the EV family!

Time to break out my chicken costume...

who is bartending, paul or eric? hahaha hello 1995 i've missed you.

Congratulations and Good Luck with the place! Wish I could be there, but much respect and pride from Dublin.

Marty, Laura, see you there for a beer soon!

I went there on Saturday & ordered a tap beer, something I'd never do when it was Joe's. They did a good job on the place - I'll be drinking there a lot.

It's good to see things haven't changed that much. They should've kept the old juke box and pool table that Dottie left behind for them instead of changing it. Hope they put in cd's of the ole' music that used to play. Good luck to the new owners as well as Joe's estranged. RIP Joe and look down from heaven to see that at least all your hard work through the years to keep an original dive bar are being carried on through Kirk and Rich. Kudos!