185 Avenue B is nearly gone

Demolition crews arrived at 185-193 Avenue B on July 25 ... Bobby Williams stopped by yesterday for an update... and there doesn't appear to be much left of the building ... 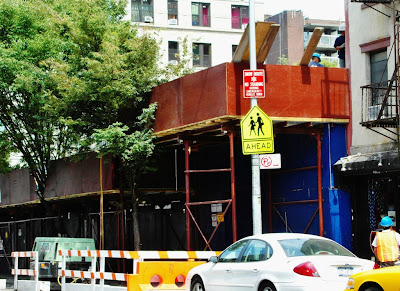 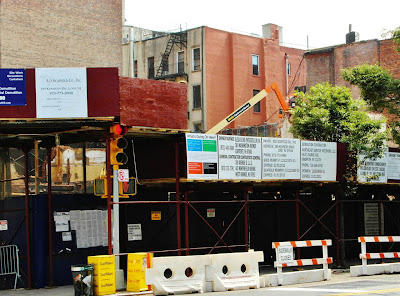 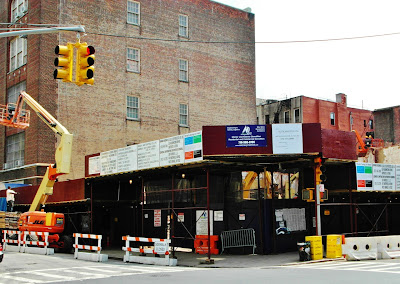 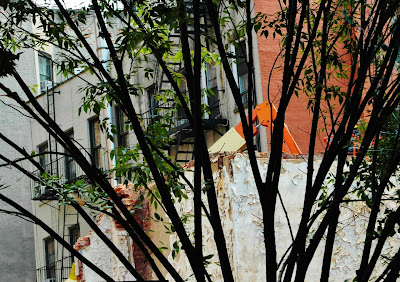 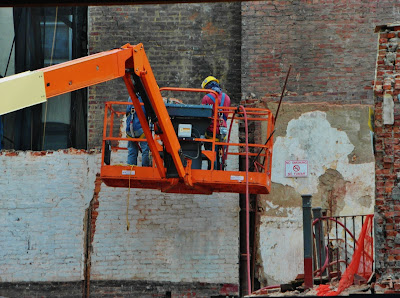 There are plans pending city approval for a 7-story apartment building that will include community space and the new home for the Elim Pentecostal Church. 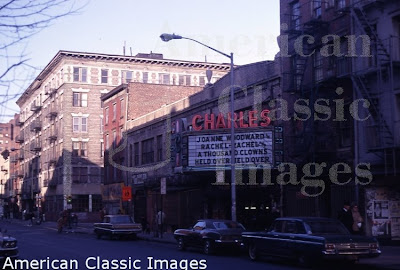 7-story building in the works to replace former countercultural theater/church on Avenue B
Posted by Grieve at 6:30 AM

Email ThisBlogThis!Share to TwitterShare to FacebookShare to Pinterest
Labels: 185-193 Avenue B, demolition

So sad. The Charles was the first cinema to screen Andy Warhol's earliest attempts at moviemaking circa 1962. I've spent many evenings staring out the window of Rue B at this building wondering what might become of it. A graffiti-covered relic is preferable to what is to come...

HOW CAN WE PROTEST THEM BUILDING TO TWELVE STORIES.
THIS WILL DESTROY THE SKLINE OF AVENUE B AND THE ENTIRE NEIGHBORHOOD, AND SETS A VERY BAD PRECEDENT.
CAN WE START WITH A PETITION?
WHO DO WE SEND SIGNATURE TO?
SUSAN STETZER? ROSIE MENDEZ?
HELP!!!