A reader this morning noted an unusually dirty playground in Tompkins Square Park on East Ninth Street and Avenue A ... newspapers, half-eaten containers of food, etc. ... 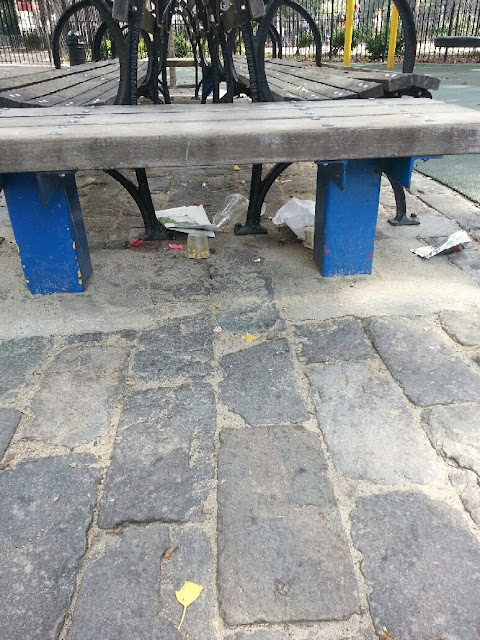 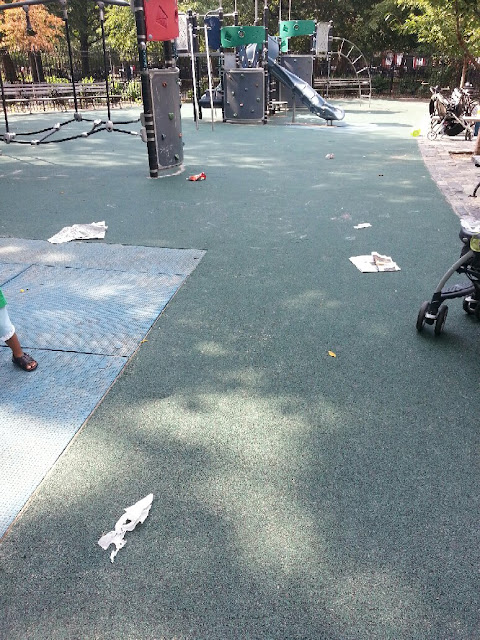 But... per the reader, "The icing on the cake was the dead rat, which was still pulsating, chilling in a swarm of flies by the still broken-down sandbox." 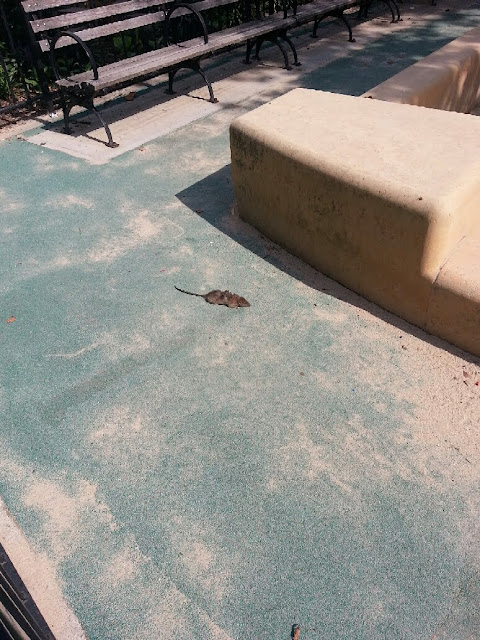 In the summer of 2010, New York magazine named this one of the city's best playgrounds.

its a nice intention to feed the birds, but the restaurant people have to stop dumping food in that park. there is gonna be rats all over the place again, and fast.

Saw an almost identical scene in Washington Square Park yesterday. Only difference was the dead rat wasn't near a playground.

The playground was dirtier than usual this morning. It is a shame that such conditions are not uncommon. I will note, however, that once park employees were made aware of the rat situation they did respond promptly and remove the rat from the playground.

How about blaming the animals who think throwing garbage on the ground is okay.

I didnt see who did it, but I assume it was either crusties/vagrants or ethnic minority youth.

But, hey they keep the EV "real" ? right , like the good old anarchy days.. yeah baby