'My Mars Bar Movie' back for 2 encore presentations, including tonight 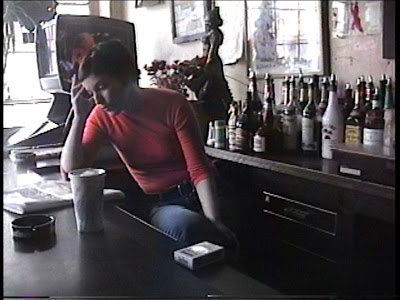 "My Mars Bar Movie," the 87-minute documentary directed by Jonas Mekas, the acclaimed filmmaker-poet-writer-curator (His full bio is here.) ... makes a return engagement to the Anthology Film Archives ... there's a screening tonight at 7:30. The film will play again on Feb. 24 at 4:45.

Here's a description of the film via Mekas:

For some twenty years Mars Bar, on the corner of First Street and Second Avenue, Manhattan, has been my bar. That's where we went for beer and tequila whenever we had to take a break from our work at Anthology Film Archives, and it was also a bar where most of those who came to see movies at Anthology ended up after the shows. We always had a great time at Mars Bar. It was always open, there was always the juke box, and very often there was no electricity, and it was old and messy and it didn't want to be any other way — it was the last escape place left in downtown New York. So this is my love letter to it, to my Mars Bar. Mars Bar as I knew it.

The Mars Bar closed on July 19, 2011. But maybe it will come back somewhere nearby one day.

The Anthology is on East Second Street and Second Avenue.