Notorious 'Rat Castle' being pitched as 'Swank' on Ludlow Street 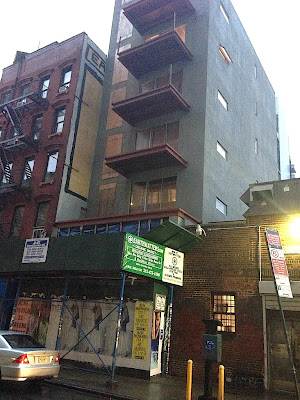 The future of Ludlow Street has been a popular topic in recent times, with the loss of the Pink Pony and the impending Closure of Motor City Bar... not to mention an uncertain future for The Hat and Les Enfants Terribles...

As for future development, there's the longtime eyesore at 179 Ludlow adjacent to Katz's... a stalled development dubbed "the Rat Castle." (Among the notable points in this unfinished building's history: Madonna's reps reportedly checked out the retail space in 2007 to open a Kabbalah Center.)

Fast forward a few years: In November 2011, CB3 OK'd plans for the developer to complete the residences and retail portion.

Now an EVG tipster points us to a listing for the retail space at Newmark Knight Frank ... 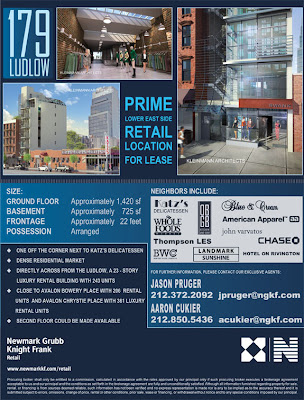 The rendering shows the space being used as some type of boutique called ... Swank. Ha. 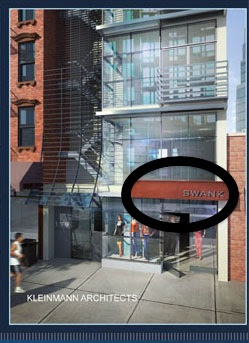 Do floor-to-ceiling glass walls keep out the noise created by the weekend bar crowd screaming and stumbling by a mere 15 feet below the first floor? I live in a building with real walls, new windows, many floors above street level and still I have turn up the volume to drown it all out.

It was only a matter of time until Hilary started to brand herself.
Seems to be the thing to do these days.

I'm wondering what a hi-end "Grieve" retail outlet would carry?

I'll take 2 dozen of each please. And out it on Jared Kushner's tab.

Pretty sure the jerkoffs involved in this project know that Swank is the trashier version of Hustler magazine.

It's weird that the architectural rendering looks like a different building.