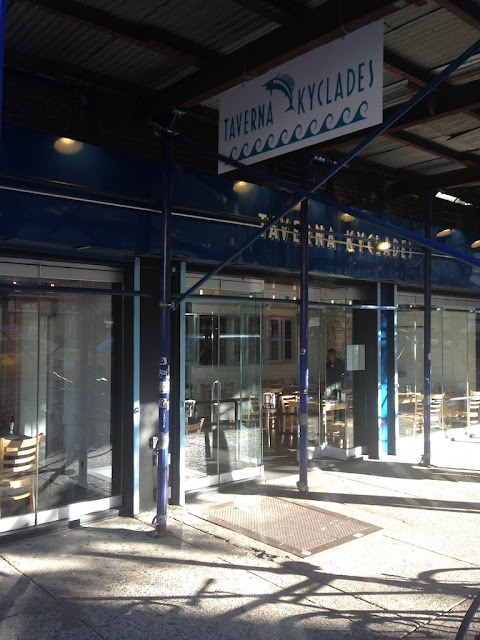 Owner Caterina Skenderi told DNAinfo that the East Village restaurant will offer the same menu as its flagship Queens location — "which is known for Greek classics like grilled octopus, fried cheese and lemony potatoes."

They also have a pretty nice looking rolldown gate... 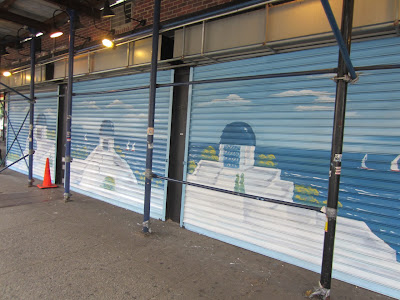 Most recently, the space was home to Tepito... and before that — David's Bagels.
Posted by Grieve at 5:10 AM

I won't eat in any restaurant with floor to ceiling glass walls. There's no privacy.

I have been to their Astoria location a couple of times and the food is terrific. It's a pain in the bum to get to so the First Ave location will be a big plus for me.

too bad. Their lemon potatoes are to die for.

If you want the best greek, go to astoria. it's not far away.

Used to work at LaGuardia and would stop by here weekly for lunch. The owner would come sit at the table and hang out. After Yelp ruined it now you can't even get in. But good for him.

Welcome to the LES! Get in while you can, folks!

The lemon potatoes and grilled chicken are like crack! MMMMMMMMM