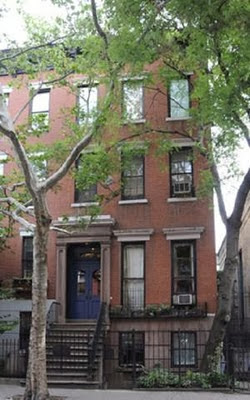 Police are looking for a man who they say conned 10 women out of more than $20,000 with fake Craigslist ads for East Village apartments, including one in a building once owned by Andy Warhol.

The suspect, who is known to use the aliases David Horowitz and Michael Bryant, reportedly "advertised an apartment at 321 E. 6th St., between First and Second avenues, without permission or authority from the actual owners, police said. He took cash deposits of $2,200 as a downpayment from nine different women who answered and wanted to rent the apartment, police said." 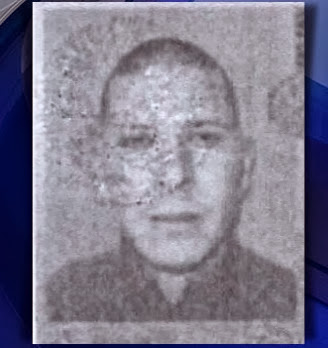 [NYPD photo of the suspect, aka David Horowitz and Michael Bryant]

CBS New York said that the man also took $2,100 from another woman who answered an ad for 434 E. Ninth St. between Avenue A and First Avenue.

We looked up 321 E. Sixth St. on Streeteasy. It's not even a rental. The building hit the market for $2.4 million in 2010. The listing at the time noted that Warhol owned the building in the 1960s. Paul Morrissey apparently lived here until the 1980s. Cynthia Nixon was also rumored to have bought the building several years ago. Not sure what the status of the building is now.

According to the Post, "Police said he may be a former resident of the building who once rented and later sublet the bait apartment."

Anyone with information was asked to call the NYPD Crime Stoppers at (800) 577-TIPS.

Previously on EV Grieve:
Own half of a used Warhol on East Sixth Street
Posted by Grieve at 6:47 AM

That's why WPIX was set up this morning outside. I look at this building everyday. I envy the lack of "restaurants" spewing noise and fumes into our living spaces and its all legal.

Am I the only one who thinks it's weird that only women were scammed? How would that be statistically possible?

Statistically speaking, the chance of this happening to 10 women in a row and no men, in NYC where women comprise 53% of the population, is 0.17%.

Craig's List posts a warning in the apartment section NEVER to send or wire money for an apartment without seeing it. It's so obviously a scam.

According to City records, owned by a Leon Sauke (Treasurer of the Mahayan Sutra and Tantra Center of CT Inc) and (formerly?) Jeanne Hestrom http://jeannehedstrom.blogspot.com/

Who went to the MoRuS workshop on squatting last week? Please move in asap!

I wonder how many of these 20-somethings lost their money, or their *parents* money.

The statistics for the NY population are irrelevant. The entire neighborhood is infested with young girls who are frantically seeking proximity to the existing hordes of young girls who already clog up the local sidewalks by standing perfectly still in their perfect hair frantically texting. Women are arriving in droves so they can get drunk together in enormous she-packs and stand around outside my apartment at 2:40 am yelling "woohoo" into their cellphones together.

One of the oldest scams there is. My parents warned me they got conned the same way back in the early 50's when they first married.

According to the Post, the perp had keys and showed the apartment to the victims, so it's not like they wired money from Missouri, sight unseen.

If he had the keys and knew the apartment was vacant, he can't just be some random grifter off the street. He was, is, or knows someone, who lives or works there.

"she-packs" that a new one and I love it, the name not the actual thing. She packs may be worst than wolf packs due to the high pitch of the wooing yet they get drunk faster meaning earlier in the evening (usually) and have already hurled by 1 am. Wolf packs turn into mini sports arena fans hollering for their team hours after the game has ended, they drink a lot more than the female pack animals because they equate their quantity of alcohol consumption with their masculinity.

I came up with "she-packs" to avoid joining everyone else who is apparently referring to them as "snatch clutches."

Hi all. I would like to correct a couple of things regarding this article:
1. Andy Warhol LIVED here, he did not own the building.
2. The building is privately owned
3. The apartments in the building are rented to people who come to NYC on vacation, mainly europeans (I make the bookings). Apartment 6 is where Warhol Lived/worked and you can rent it if you have friends or family coming to visit.
4. It was a very unfortunate event for the building owner and all the woman who trusted the scammer. I do hope the police finds him

I was just scammed by this individual. He did the exact same thing. I was shown the apt with keys and everything. I went to move in yesterday and found two other individuals already living in the studio who said they had rented it from the same guy. He took two payments from me of $2,200. He also showed the studio to the couple that are currently staying there. This man works with a woman and also took two payments of $2,200. I went online and googled East village craigslist rental scams and the picture of this man came up and recognized him immediately as this is who I met that subleased this studio to me and the other renters. I went to the Police yesterday and told them the story and have a meeting with a detective tomorrow. The other renter is coming with me and said she went to the police today and was told that this man was arrested a few months ago and got out and is now doing the same scam again using a different alias. The police officer also mentioned that this was a big case and there are some 36 accounts against this man.

This man showed both me and the other subletters the studio and gave us copies of the keys. I'm a man by the way. I can't wait until they catch this sociopath.

Did you have any email contact with him? If so, there may be an IP address buried in the HTML of the email. Did he use a phone number? Post his contact info, I'll help smoke him out!