The Olympic Restaurant may close for good as soon as tomorrow 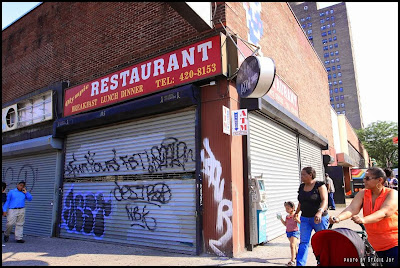 With the star-spangled Essex Crossing retail-residential complex on the way to the Lower East Side, the life expectancy of the Olympic Restaurant at the corner of Delancey and Essex has been relatively short.

In fact, the 34-year-old diner has been on a month-to-month lease for some time, as The Lo-Down pointed out almost two years ago to this day.

And BoweryBoogie reported that demo permits for the single-level structure that also houses the neighboring Jade Fountain liquor store were filed in late May.

EVG contributor Stacie Joy stopped by the other day for what very well may be a last meal at the Olympic... 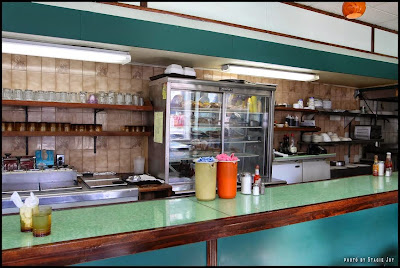 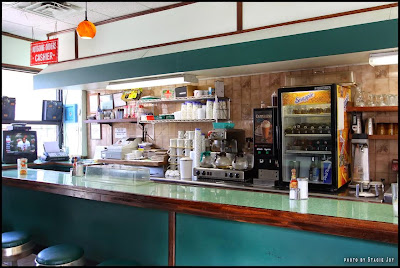 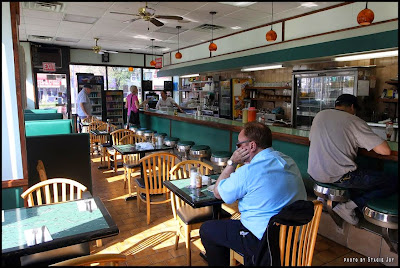 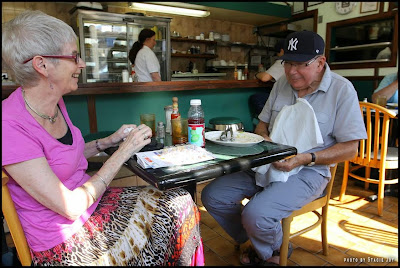 The waitress told Stacie that owner Steve Palakas is going to court tomorrow to fight to stay open for another few months. If things don't go his way, then tomorrow is probably the last day for the diner. 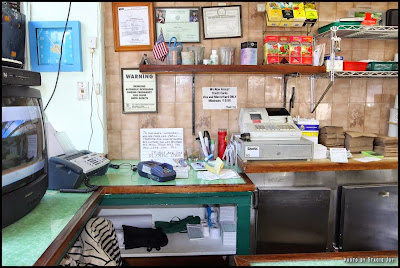 The Olympic has been the no-frills kind of place where you can get an egg and cheese on a roll and a glass of frothy lemonade and receive back change from a $5. 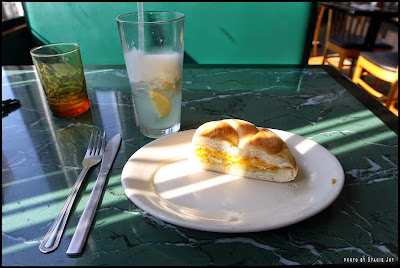 As Jeremiah Moss wrote after a recent visit to the Olympic, the restaurant wasn't offered space in Essex Crossing. It doesn't "have a place among the artisan bread and cupcake shops, the Prada and Pastis that fill the architect's renderings of the new shopping mall to come. When it's all done, Delancey will be a very different place."
Posted by Grieve at 5:28 AM

Diners and cheap Chinese Places are becoming extinct in Manhattan. I was forced to hire a private chef. His name is Boyardee.

I took out that character line. I had been on the fence about it… seemed extraneous… and like a 2nd walk-off line.

To Anonymous at 7:22 AM:
Just to clarify semantics: If you use the term "We" it purports that you're not only speaking for yourself, but for a group. Which group are you the spokesperson of?. PS: Don't be so easily swayed, EVG.

"It doesn't "have a place among the artisan bread and cupcake shops, the Prada and Pastis that fill the architect's renderings of the new shopping mall to come."

I would bet that ironically the new development will end up housing a Dunkin, Subway, Starbucks or some other such generic shit.

This diner is out of my usual range but it appears to be absolutely spotless. The banksters don't want businesses like this, they can't run spreadsheets like they can when corporate chains, who keep their debt at the same banks, are tenants, then everything is nicely predictable and manageable. Remember, this is the result of a debt economy Profit, taxes, actual production, job creation - all secondary to maintaining debt.

The 2008 removal of the 80/20 rules that forced co-ops to keep commercial rents lower could be a factor in rising costs. But the removal of rent control on apartments allowing the overall skyrocketing of rents in general is making the money too much to ignore by greedy landlords. Combine that with what franchises' see as a neighborhood with so much cash they can take a loss in rent to advertise. Most landlords are just going to get as much as they can using a business formula unless there is some regulation preventing them from doing so. Formula: Raise all property rents until 1 in 10 is vacant= sit back and collect $$$.

Special thanks to Dominic Pisciotta Berg and David McWater for SPURA. It is the anchor for more lux housing,upscale restaurants and botiques.

For those who lament the loss of this wonderful place and others like it below Houston Street, you can thank David McWater, Dominic Berg, Rosie Mendez, Margaret Chin and the rest our your Community Board who supported the Seward Park Urban Renewal Plan (SPURA). We will lose the Essex Street Market, to be replaced by our very own Chelsea Market, amongst many other things to make way for a housing development that is only 50% affordable, and if you look at the actual rents falling into this 50% you would ask yourself who can really afford them. If the community really wanted to save this business and the Essex Street Market and get 100% affordable housing it could have been done, but the few folks who tried were beaten down by the relentless naysayers like McWater and Berg. All for the interest of property values of the nearby co-ops and condos and the nightlife industry which has been gobbling up retail spaces waiting for the day hundreds of new lux units hit the market below Houston. Watch the business on Clinton, Stanton, Ludlow near Delancey and those by Delancey fall like dominoes over the next few years as the SPURA plan goes into full effect.

I had a 'last' meal in here a couple of weeks ago and was happy to see every table filled. The vibe was relaxed and cheerful. Please support Cup & Saucer down on Canal & Eldridge, another neighborhood gem.

So unless these elderly folks have $100 to spend on a night of liquor and woo-ing, or want to sleep on the sidewalk for a Cronut, there's no place for them to exist in their own neighborhood? Pretty disgusting.

the place is a dump

Don't worry — they'll be chain restaurants in this location one day for you to feel more comfortable dining in.

S'matter, James, you don't feel comfortable in a place unless it has a velvet rope, clueless shriekers, bimbos, bottle service, bouncers and celebrity sightings? Get out of here, you shallow twit, and stop ruining New York.