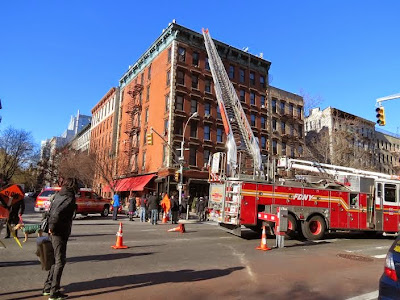 The FDNY came out in force around 1:30 to respond to a fire at 85 First Ave. just north of East Fifth Street (at the location of the former wine shop Tinto Fino). 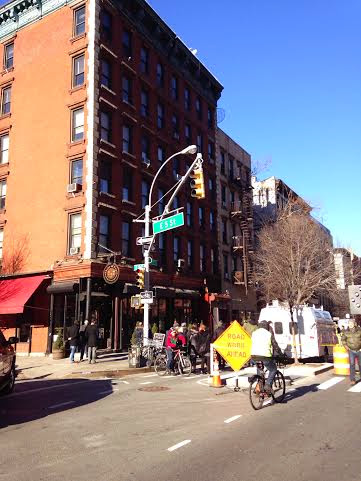 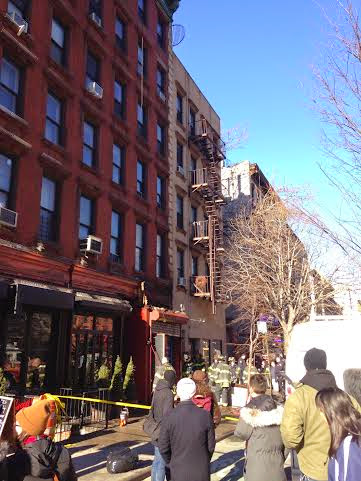 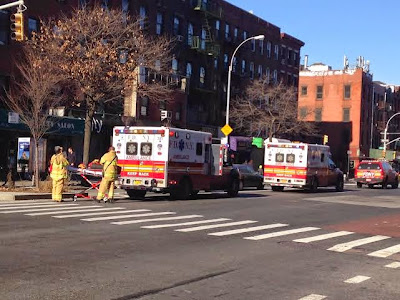 The FDNY had things under control in about 10 minutes… 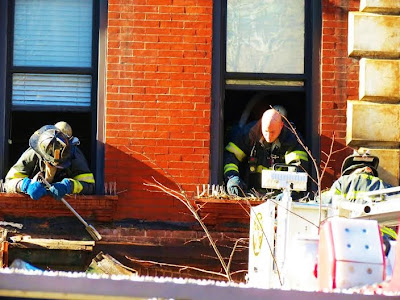 No word on the cause or the extent of the damage. There weren't any reports of injuries. And the fire didn't seem to have any impact on Three of Cups next door… which remained open.

This is the second reported fire along this stretch of First Avenue this past week. There was a basement fire at 133 E. Fourth Street at First Avenue on Tuesday morning.

Looks like fire was from apartment above the empty storefront. They hosed the apt. down and broke all the windows and ripped out a piece of the storefront above the rolling gate. Some smoke made it into Three of Cups' side dining room but no one had to evacuate. Brunch can't be interrupted! Hopefully Cups doesn't have too much water damage

Talked to the super last night and he said it was people flicking butts from windows facing onto 1st Ave., which made sense since I've seen one person in particular doing that regularly. Butt with cherry landed on top of the steel grate mechanism and whatever was around in there went up in flames that were several feet high for a minute or 2. Same person flicking butts out the same window now. Into the pouring rain this time.